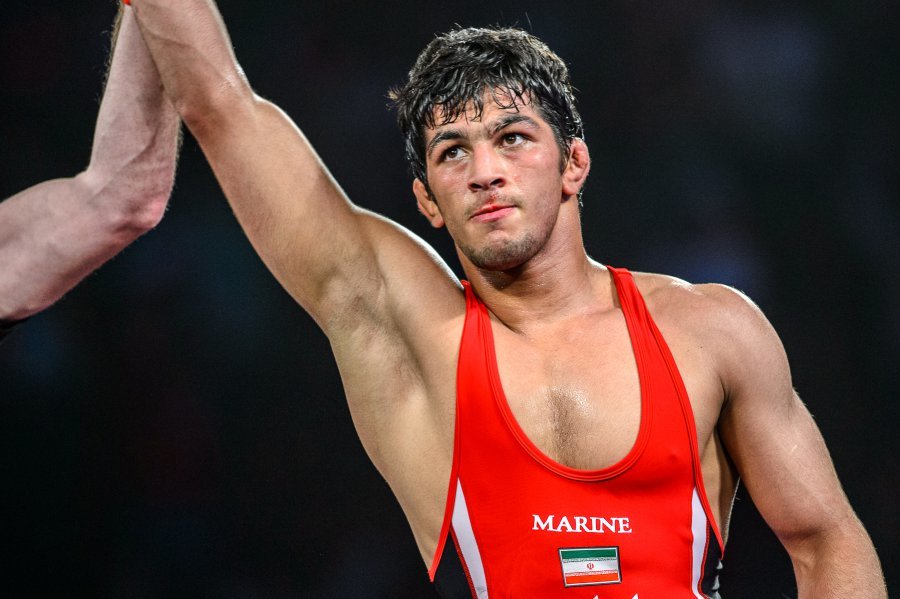 For superstar Hassan YAZDANI (IRI), the Asian Championships are just a stepping stone in preparing for his ultimate goal of winning a second straight Olympic gold medal in Tokyo. He rocked it anyway.

Hassan YAZDANI (IRI) proved once again he is in a class by himself, schooling Deepak PUNIA (IND) in their long-delayed first encounter to take the 86kg gold medal as the six-day tournament in Almaty concluded Sunday night with the last five finals in freestyle.

Yazdani, who won the gold in his only other Asian Championships appearance in 2018, was never in danger as he outclassed Punia with a 10-0 technical fall — nearly two years after an inaugural meeting between them in the final at the 2019 World Championships in Nursultan was aborted when the Indian defaulted due to injury.

Prior to Almaty, Yazdani had not competed in an individual tournament since the 2019 worlds, and wanted to get in some mat time prior to the Tokyo Olympics, where he will defend the title he won at Rio 2016.

“After the pandemic started, it was hard to compete,” Yazdani said. “I thought I would compete in the World Cup for preparation, but I did not,” he said, referring to the Individual World Cup held in December last year in lieu of a World Championships.

“The Asian Championships was a good event and I wanted to see my preparations and now I will continue to prepare for the Olympics as a wrestler who will win the gold medal. Only the gold.”

After Punia defaulted at the Nursultan Worlds due to an ankle injury suffered earlier in the tournament, many speculated on what might have been, given Punia’s impressive run to the final just a year after winning a silver medal at the World Junior Championships.

But Yazdani is not called “The Greatest” for no reason, and it would take raising to another level to catch him off his game. For Punia, who looked sluggish at times en route to the final in Almaty, this was not the day.

Yazdani basically put on a takedown clinic, scoring four as Punia was able to resist all but one gut wrench, after the third takedown. That gave Yazdani an 8-0 lead, and he ended the match with a great second effort on a takedown attempt.

Punia had wiggled out of a single-leg attempt, but Yazdani pursued him to the edge and gained control to make it 10-0 at 2:53 for his third technical fall in three matches.