Joseph Parker: I’ll fight any heavyweight out there 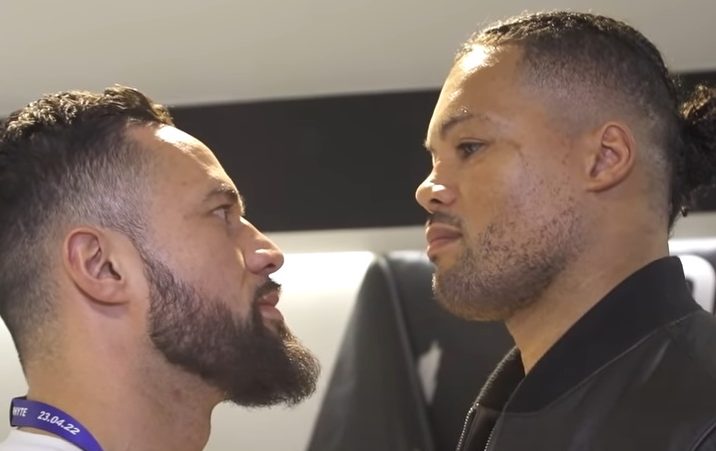 Parker had been in talks to fight unbeaten puncher Joe Joyce, who has a promotional pact with Frank Warren.

The New Zealand star explains that he’s still ready to face Joyce or take part in a rematch with Dillian Whyte, who beat Parker on a close decision in 2018.

“I’ll fight any heavyweight out there, it doesn’t matter who it is. I want to fight the biggest and the baddest heavyweights out there because I know what I can do when I have a great camp and I’m mentally focused on the fight.”

Against Chisora the second time around, Parker appeared very deadly with three knockdowns and rocking the British veteran several times in the twelve round contest.

“Dillian Whyte is another great fight, he’s coming off a loss to Tyson Fury but we had a very great fight in 2018, a very entertaining fight and a very close fight. If we do run it back, I’ll get the better of him,” Parker said.

“Dillian Whyte has been knocked out a few times now but it doesn’t mean that he’s got a weak chin, it just means that the guys that fought him landed real good punches at the right time, precise, hard punches. I know I can knock anyone, I just have to land that punch. I know I haven’t shown it in recent times but the time will come where I start landing the big shots.”

“[Joyce has] been rocked a few times and saying that if I do everything well in training camp, prepare the best I can and do everything right, [I can]. I know there’s a lot more give and a lot more to show. I just need more time with Andy Lee [Parker’s trainer], I need more time in the UK to work on these things. I can do the business on Joe Joyce. That’s a fight that can still happen, the Joe Joyce fight. I know that Ben Shalom [Parker’s new promoter] is in talks with Frank Warren and his team and Joe Joyce and his team, so it’s a fight that we can make.”