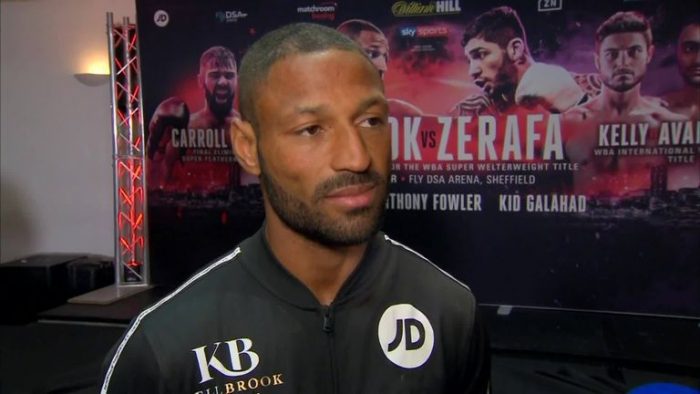 A fight that should’ve happen probably 4-5 years ago is trending once again, but the majority of people are just not interested any more about the potential of watching Kell Brook vs. Amir Khan.

Both Brits are way past their prime and it’s a damn shame this bout couldn’t get made when they were both fighting for something more than pay checks.

Brook, 35, has revealed yesterday that he has signed his portion of the contract for a potential fight with his fellow countryman Khan. According to “The Chosen One”, now everything is up to Khan.

The 35-year-old Brook hasn’t fought in 12 months since his fourth round knockout loss to WBO welterweight champion Terence Crawford in November 2020.

“I might have got a fight, I might not have got a fight,” said Kell Brook to iFL TV. “I think I need a massive fight to get involved in it, and I think the fight that everyone wants to see is with the guy from Bolton.

“I’ve signed my part of the fight, and he just needs to come forward and sign his part. We’ve got the biggest fight in British boxing, and we’ve signed our bit. Everybody knows this fight needs to happen.

“I’ve done my thing. Let’s see him do his thing, and we’ve got the biggest fight in British boxing. I think the time is now, to be honest with you. I’ve said that before, but who knows with this guy.

“That’s the only fight that will start me again in boxing. This is no disrespect to Conor Benn, but he still needs to build himself,” said Brook in reacting to being told that Eddie Hearn wants to set up a fight between Khan and Conor Benn.

“Benn needs to come through certain hurdles before he can actually demand that kind of fight,” Brook continued. “He’s got to become world champion, and he’s got to be in big fights to get these massive fights.

“I’ve got my stripes, and Khan has got his stripes. We’re both in similar positions in our careers, and it’s time for us to collide together,” Brook said.