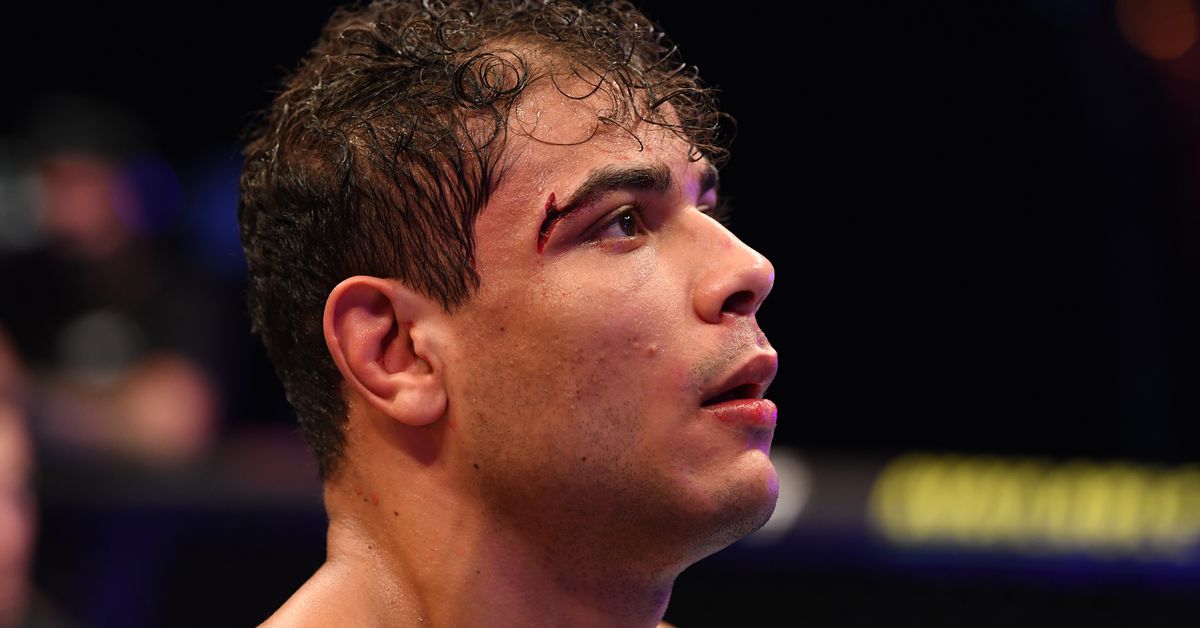 Whether during fight week or in the actual fight itself, Marvin Vettori handled everything Paulo Costa threw at him for UFC Vegas 41 and kept on coming.

Vettori (18-4-1) ended a chaotic week in Las Vegas by getting the last laugh on Costa (13-2), outpointing the Brazilian in Saturday’s back-and-forth main event to win a grueling unanimous decision at the UFC’s Apex facility.

All three judges scored the contest 48-46 in Vettori’s favor.

“But a lot of people were saying how he’s not going to be ready — I feel a lot of it was a trick. He didn’t want to cut weight but he actually came pretty ready.”

The lead-up to UFC Vegas 41 centered solely around Costa’s antics on the scale. After originally agreeing to a middleweight fight with Vettori, Costa’s failure to cut weight forced the fight to be re-booked as a 195-pound catchweight before settling in as a 205-pound affair, with Vettori claiming 20 percent of Costa’s show purse.

Costa’s unprofessionalism was plain to see in the cage too, as the Brazilian dwarfed his Italian opponent and looked to be taking advantage of every bit of the extra weight.

Regardless, Vettori persevered and set the tone early by pummeling Costa with an relentless barrage of striking volume. Costa responded with a bevy of punishing body work of his own — whether it was kicks, knees, or digging hooks to the body, seemingly everything was landing for Costa — and he even blasted Vettori with several flush kicks to the head, yet somehow Vettori ate every shot and continued to fire back strong.

Costa’s best stanzas were Round 2 and Round 5, however an eye poke marred the former for Costa and led referee Jason Herzog to take a point away from “The Eraser.”

In the end, Vettori won the overall striking battle by a margin of 214-172 and out-landed Costa in significant strikes 190-163 to capture his fifth win over his last six UFC fights and overcome the litany of hurdles placed in his way by his UFC Vegas 41 foe.

“He should’ve made weight. It’s a respect to all of us,” Vettori said. “But, you know, I get to buy myself another watch with his money, and I still got the win — and I’m proud of it.”

The combined striking stats amounted to the fourth-largest total of strikes landed for a fight in UFC history — and the most ever landed for a bout not featuring Max Holloway.