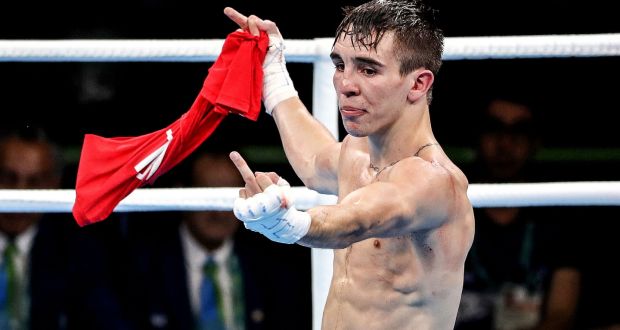 Having earned his first super bantamweight victory in April, former Olympian Michael Conlan is set to test himself against a former champion when he takes on TJ Doheny in an August 6th ESPN+ main event in Belfast.

Conlan (15-0, 8 KO) dropped from 126 to 122 after a one-sided finish of Sofiane Takoucht, leading to a clash with unexpected contender Ionut Baluta. The Romanian had previously upset Doheny (22-2, 16 KO) in March 2020 and gave Conlan his stiffest test to date, but “Mick” ultimately emerged victorious via split decision.

Conlan said, “I’m excited to be back fighting in my city. It was special in 2019, but I believe this year it will be even better as we haven’t had live events due to the pandemic. On Aug. 6, we will show Belfast is back!

It will be an honor to share the ring with TJ. I have a lot of respect for him and his achievements. I believe it’s my toughest fight to date, and with that, I will make my biggest statement in my quest to become a world champion.”

Even with the Baluta loss, Doheny’s by no means a pushover. After beating Ryosuke Iwasa for the IBF belt in 2018 and defending it against Ryohei Takahashi, he gave Daniel Roman everything he could handle in a hugely entertaining unification match.

Doheny said, “This will be my first time fighting on Irish soil, and I can’t think of a better homecoming. It doesn’t get much bigger than this for an all-Irish clash, and the fans are in for a real treat. This is the kind of fight that I have been craving since my close majority decision loss to Daniel Roman. Top opposition is what motivates me and helps me raise my game. I cannot wait for this.”