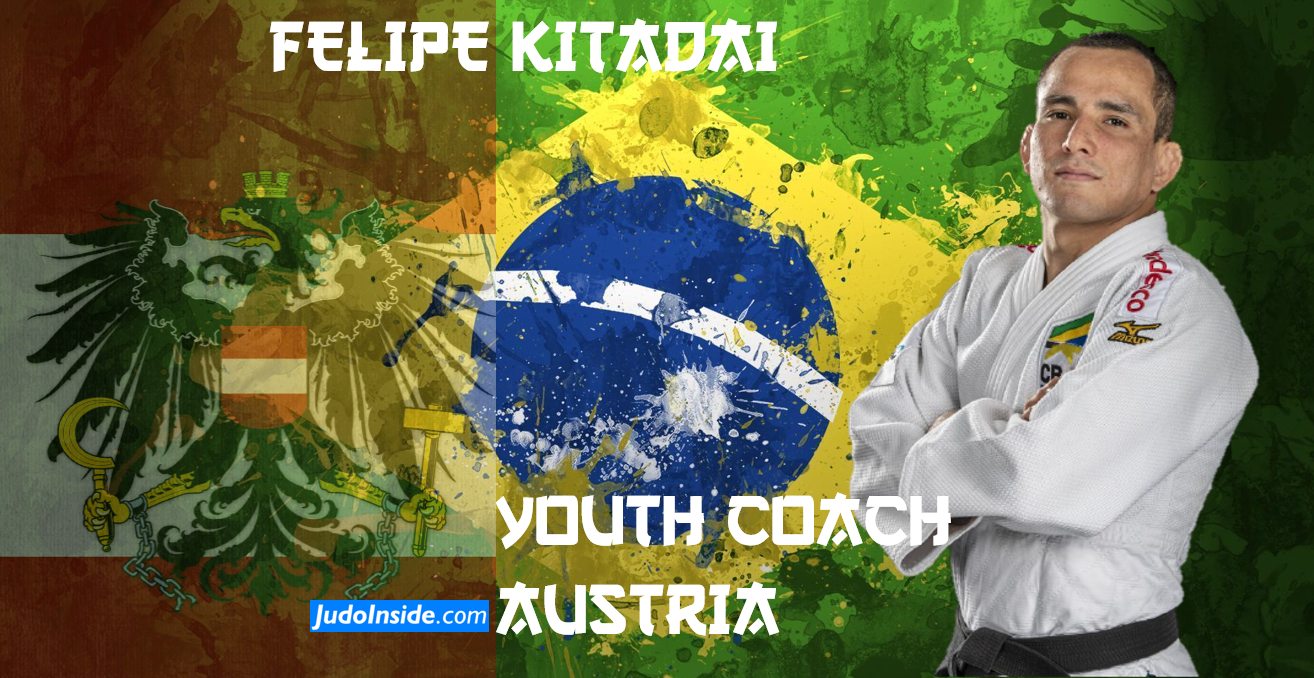 After signing head coach and Olympic champion Yvonne Bönisch at the beginning of 2021, now year later the Austrian Judo Association has announced the next coaching surprise – Brazilian Felipe Kitadai.

The 32-year-old Kitadai was a competitor and friend of Austrian trailblazer Ludwig Paischer. Paischer was among the opponents that he fought most as well as Ashley McKenzie, Ganbat Boldbaatar, Nabor Castillo and Aaron Kunihiro who was his most frequent opponent.

His track record is impressive: Kitadai won Olympic bronze in 2012 in London (U60 kg), bronze at the 2019 World Championships in Tokyo (in the mixed team competition) and is a two-time Pan-American champion (2011, 2015). Kitadai announced his retirement of his sporting career at the end of last year. Now he is about to start his coaching career in Austria.

“Felipe would be an ideal choice as a youth national coach and the perfect addition to Yvonne’s (Bönisch) coaching team. He has trained countless times alongside Sabrina Filzmoser and Ludwig Paischer in Austria and knows most of our young talents from the Randori training together.”