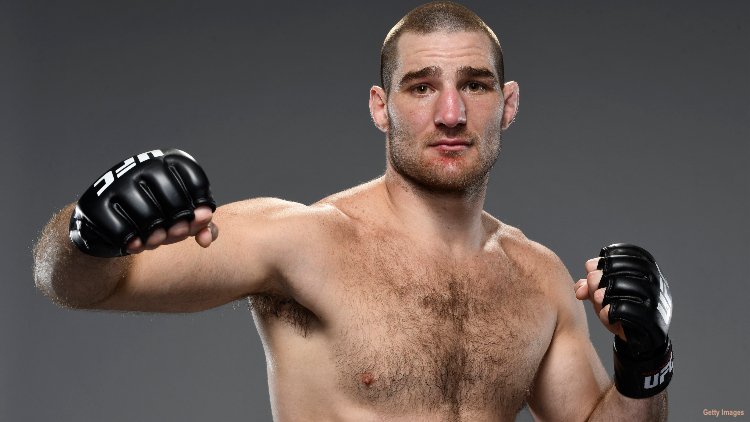 Fighters are always their own worst critics and Sean Strickland proved that yet again even after winning a split decision over Jack Hermansson in the UFC Vegas 47 main event.

While it’s probably not a performance he’ll be adding to his highlight reel, Strickland controlled the majority of the fight with a nasty jab that was constantly snapping Hermansson’s head back during exchanges on the feet. Strickland stuck to the basics as he was popping Hermansson with rapid-fire punches all night long while also making sure to avoid anything heavy coming back at him.

When it was all over, two judges gave the fight to Strickland with scores reading 49-46, which was enough for the victory. One judge did give Hermansson the fight with a 48-47 score, although it appeared that Strickland had done more than enough to deserve the nod after five rounds.

Afterwards, Strickland actually apologized for playing it safe rather than taking more chances on Saturday night.

From the very start of the fight, Strickland was methodical with his striking while continuously pumping out a lead jab to set up the rest of his strikes. The straight punches have been one of Strickland’s best weapons during his current run at middleweight, although Hermansson did a solid job to avoid many of those shots in the opening round.

Strickland started to increase his output as he continued to pepper away with Hermansson struggling to set up his takedowns, which forced him to engage in more striking exchanges. While Strickland wasn’t doing a ton of damage, he did tag Hermansson with a punch late in the second round that put “The Joker” down on the ground momentarily.

The constant and consistent attacks from Strickland were paying dividends because Hermansson was starting to get a little sloppy when throwing his combinations. The lead jab from Strickland’s left hand was just popping Hermansson in the face repeatedly and he didn’t have a whole lot to offer in response.

While Hermansson tried to push the pace in the final two rounds, Strickland was still popping him with those same straight punches that were finding a home all night long. Even in those moments where Strickland surged forward, Strickland was quick to get out of the way and reset on the feet to begin tossing out that same jab again and again.

With less than two minutes remaining, Strickland was reserved to stick with the same strategy that allowed him to control the majority of the fight while Hermansson just had no answer to his opponent’s offense on the feet.

It appeared that Strickland cruised to victory, although he still walks away with a split decision despite largely dominating the majority of the fight. While he was very critical about how he won, Strickland still notched his fifth consecutive win at middleweight to get in the thick of the hunt at 185 pounds.

“I would love to get a title shot but as the UFC knows, I’m a company man,” Strickland said. “I will fight who you put in front me.”

Never one to bite his tongue, Strickland also paid homage to the fans for supporting him as he moves to 25-3 in his career while remaining undefeated at middleweight in the UFC.