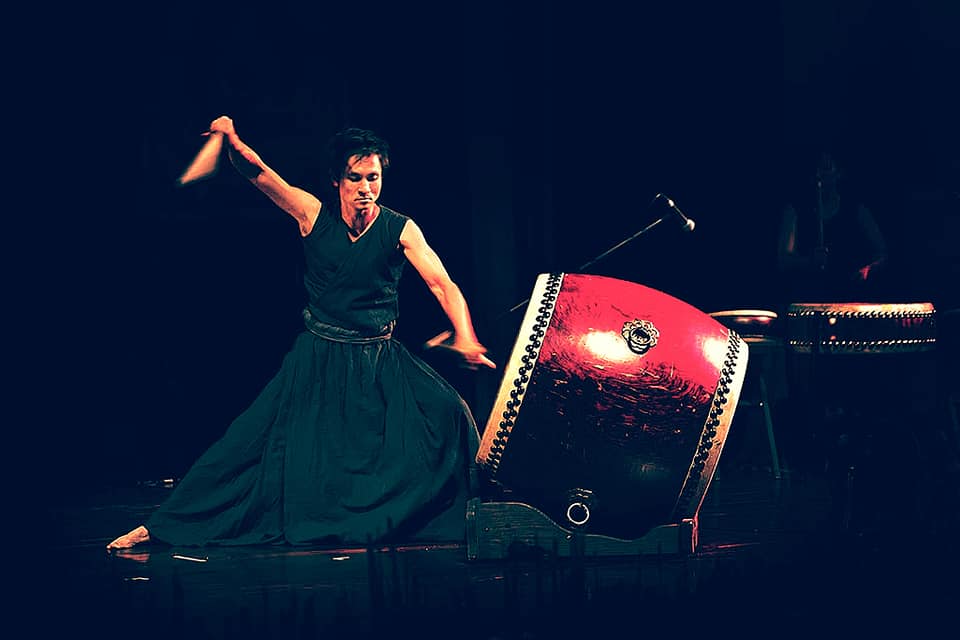 Taiko (太鼓) are a broad range of Japanese percussion drums. In Japanese, the term refers to any kind of drum, but outside Japan, it is used specifically to refer to any of the various Japanese drums called wadaiko (和太鼓, “Japanese drums”) and to the form of ensemble taiko drumming more specifically called kumi-daiko (組太鼓, “set of drums”).

The process of constructing taiko varies between manufacturers, and the preparation of both the drum body and skin can take several years depending on the method.

Taiko have a mythological origin in Japanese folklore, but historical records suggest that taiko were introduced to Japan through Korean and Chinese cultural influence as early as the 6th century CE.

Pottery from the Haniwa period was found depicting Taiko drums. Some taiko are similar to instruments originating from India. Archaeological evidence also supports the view that taiko were present in Japan during the 6th century in the Kofun period.

Their function has varied throughout history, ranging from communication, military action, theatrical accompaniment, and religious ceremony in Shintoism and Buddhism festivals and concert performances. In modern times, taiko have also played a central role in social movements for minorities both within and outside Japan. Taiko has become world wide known thanks to a group by the name Ondekoza in 1968 that has influenced Taiko through out the world to this date. 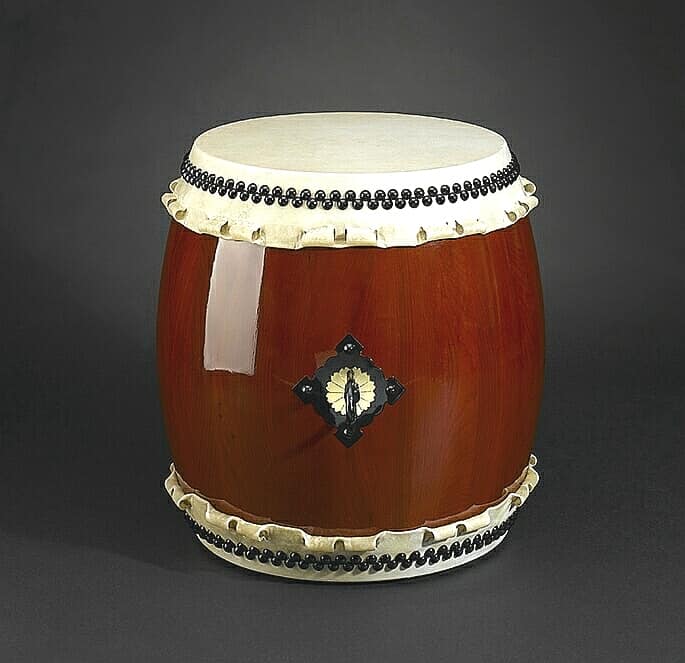 Kumi-daiko performance, characterized by an ensemble playing on different drums, was developed in 1951 through the work of Daihachi Oguchi , and Taiko was made later popular with many other groups copying the format of Ondekoza such as Kodo, Yamato, Tao, Taikoza, FuUn No Kai, Sukeroku Taiko, etc. Other performance styles, such as hachijō-daiko, have also emerged from specific communities in Japan.

Kumi-daiko performance groups are active not only in Japan, but also in the United States, Australia, Canada, Europe, Taiwan, and Brazil. Taiko performance consists of many components in technical rhythm, form, stick grip, clothing, and the particular instrumentation. Ensembles typically use different types of barrel-shaped nagadō-daiko as well as smaller shime-daiko. Many groups accompany the drums with vocals, strings, and woodwind instruments.