Stanislav Voytenko: When I first met my idol Ernesto Hoost, I forgot all the words 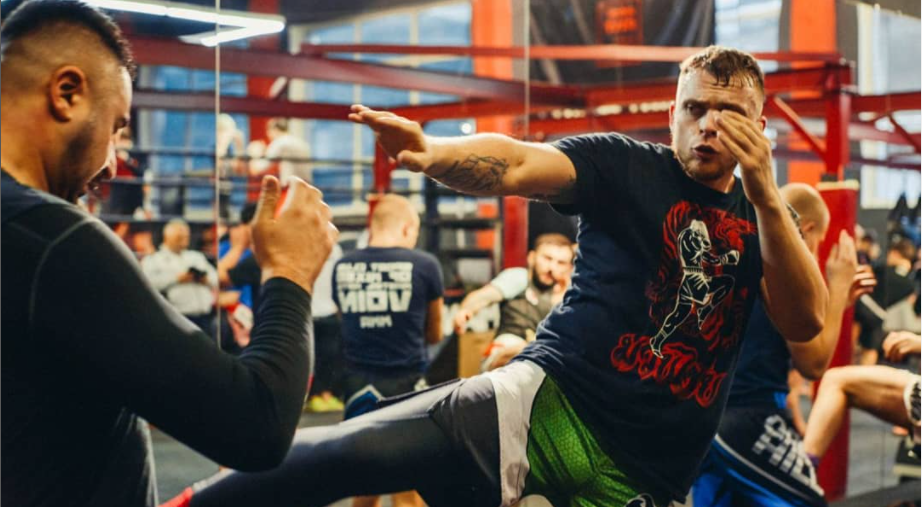 Stanislav Voytenko is a popular kickboxing coach in Ukraine. His gym is located in Kiev, where the fighters of “Voytenko Team” train, and some of them are already known for their participation in SENSHI.

Vladislav Fostenko already has two victories in the fight nights, and also has first place at the debut Open European Championship according to the rules of KWU SENSHI. Among the Ukrainian fighters is also Danilo Voevodkin.

Stanislav or Stas, as his relatives call him, is a huge fan of the “golden” K-1 era. His idol is Ernesto Hoost and even on social networks he is nicknamed “Stas Hoost”. In an exclusive interview for Boec.com in two parts, Voytenko talks about his first meeting with Ernesto, points out his favourite stars from SENSHI, shares his impressions of the Bulgarian fighters and talks about many other interesting topics.

You train fighters who participated at SENSHI. What is your opinion about the SENSHI fight nights and the KWU International Professional League camps?

“SENSHI is an absolutely unique league, in my opinion it very much captures the K-1 era of the 90s, when this sport was born and became so popular.”

“There is a spirit of mutual respect among fighters and coaches. Competition of fighters of different styles adds interest to the league, I saw the power that is in Kyokushin karate. These fighters are uniquely patient, they fight to the very end no matter what.”

“I would also like to pay attention to refereeing in SENSHI, it greatly adds credibility to the championship, I have never seen bad decisions there, if a fighter wins, then he is given the victory, this is a very important component of the sport, It makes fights really spectacular and fair, a great merit of the organizers. Often in other championships we saw frankly bad refereeing decisions, and this dismantles both fighters and coaches and spectators. In SENSHI there is no such thing and this conveys the real spirit of K-1: “Train, respect and win.” 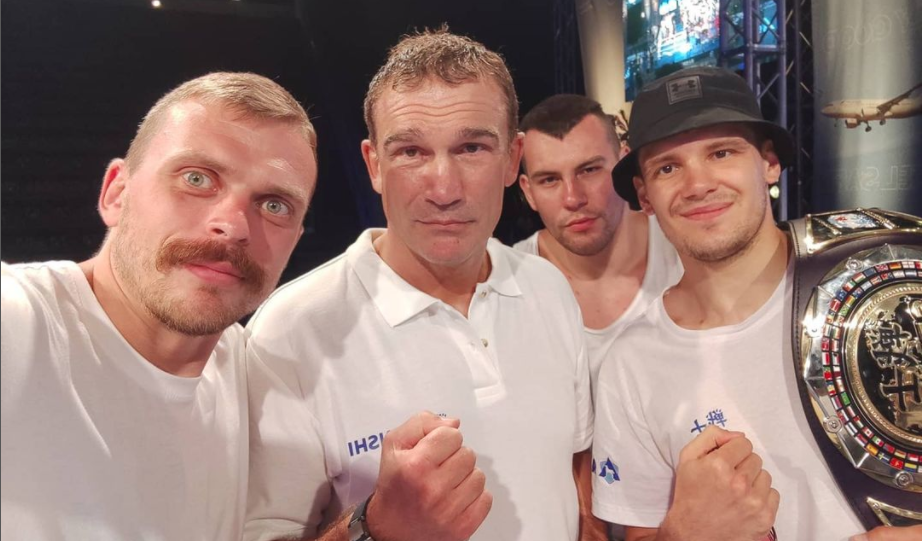 At SENSHI camps Peter Aerts, Semmy Shilt and Ernesto Hoost are instructors, what do you think about these legendary champions?

“I am honoured to train with these legendary champions. I don’t know if they are so famous for everyone, as much and much new idols appear among the younger generation. But for me personally, these people are exactly those because of whom I wanted to go down this path myself. When I first started training, it was very far for me to go to the gym, and when I returned from training on the train, the coach showed me the recordings of the fights of Ernesto Hoost.”

“When I saw him, I was so struck by the skill and intensity of passions in K-1 that I said that I want to take part in competitions and started sports career. From these times I have always followed the battles of K-1 and reviewed the battles of Ernesto, Peter and Semmy thousands of times. It’s very interesting to see their different approaches to training, I always try to get to them for training and gain more experience from the champions. It’s very nice that the champions are very easy going and friendly, you can easily chat with them and they always gave us very valuable advices after the fights.” 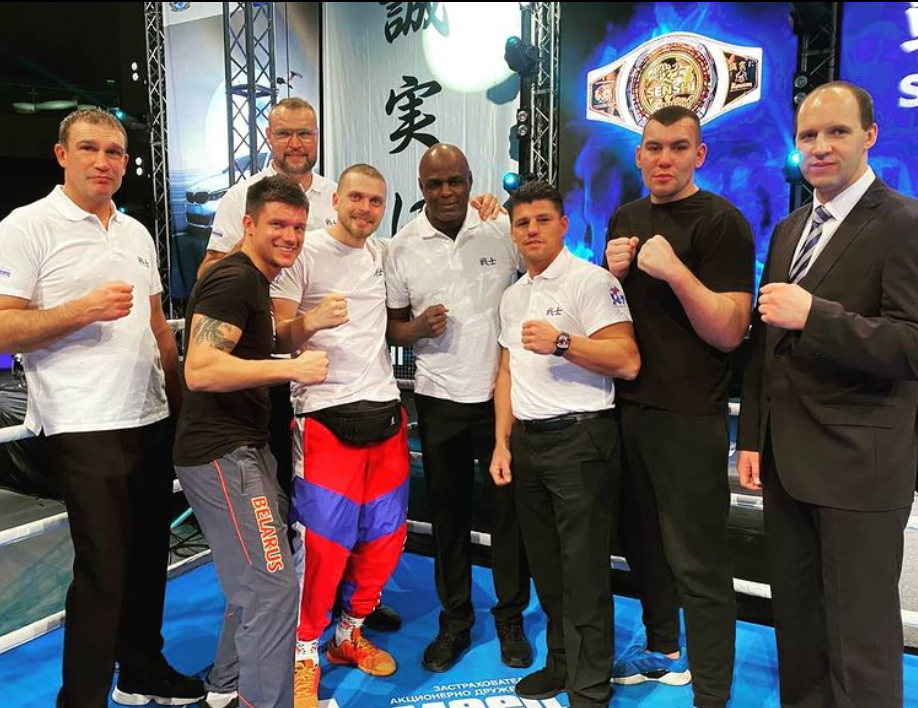 Which SENSHI fighters do you think are the strongest?

“Honestly, all SENSHI fighters are very strong. I like how Sergey Braun and Artem Poshporin are fighting. Sergey will find a way out in very difficult battle and even when he is losing a fight, he turns it in the other direction with one blow. This is a very high skill by him. Artem showed himself to be a very big gentleman, he fought against my good friend Oleg Tsvik, and in the last round he hit him hard with a kick to the head, but he did not go to finish him off to get a knockout. Knowing that he was winning the fight, he saved his health and scored a victory on points. Andrei Chekhonin is a very kind person, but a fighter with a real lion’s heart, who goes bone to bone to the end. It is very difficult to choose just one. I think all SENSHI fighters are very strong.”

What do you think about Bulgaria and Bulgarian fighters?

“Every time after visiting Bulgaria I like this country more and more. Very beautiful nature, mountains and sea, clean air and wonderful climate. I think this is a great place for an international training center for fighters. About the Bulgarian fighters, I can say that they are one of the main competitors in the international scene, I always closely follow their trainings and preparations. I like how Mario Kirilov works. It is clear that Bulgaria has its own strong school. I see the obvious progress of the Bulgarian fighters in the last 5 years.” 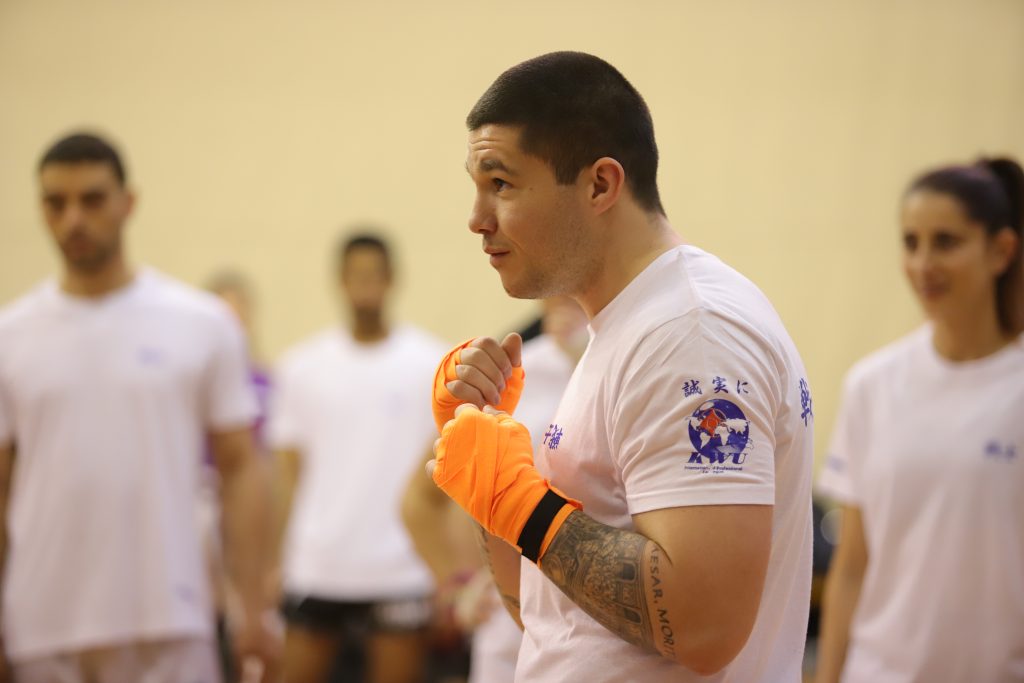 Do you have any special moment here and funny moment from your visits?

“On SENSHI 8, there was one funny moment. We were sitting in the lobby of the Marinela hotel, and the legendary K-1 fighters, Ernesto Hoost, Peter Aerts, and Semmy Schilt had just arrived there. I asked my student to take a picture of me with Ernesto. After the photo, I wanted to tell him that he has always been my idol in martial arts, but at that moment I forgot all the English words and just said some unrelated things.”

“Also about the first fight of Vladislav Fostenko against Kostadin Kardzhaliiski, there was a funny case, we decided to rely on the elements of the Thai clinch in order to tie down the opponent and prevent him from revealing his striking potential and in the first round we were regularly getting comments from Peter Aerts to stop clinching. The fact is that the professional KWU SENSHI League unites fighters under different formats of rules, there are rules like in the classic K-1, and there are rules where the clinch and even elbows and throws are allowed. We fought by them. In the end, after the first round, Ernesto and Semmy suggested to Peter that the clinch can be used in this fight. Then we laughed together with Peter about this situation.”

Do you think Kyokushin karate and kickboxing have similar positives for the fighters?

In general, yes. Kickboxing itself originated as a development of Japanese martial arts, and specifically Japanese Kickboxing K-1, because this is exactly what was created as a symbiosis of Kyokushin karate and Muay Thai. Kyokushin and Muay Thai have their own deep traditions, these are great advantages in terms of educating the younger generation. And the rules of k1 allow for the most spectacular fights.