Stipe Miocic: I’m not going to worry about Jon Jones until I take care of Francis Ngannou 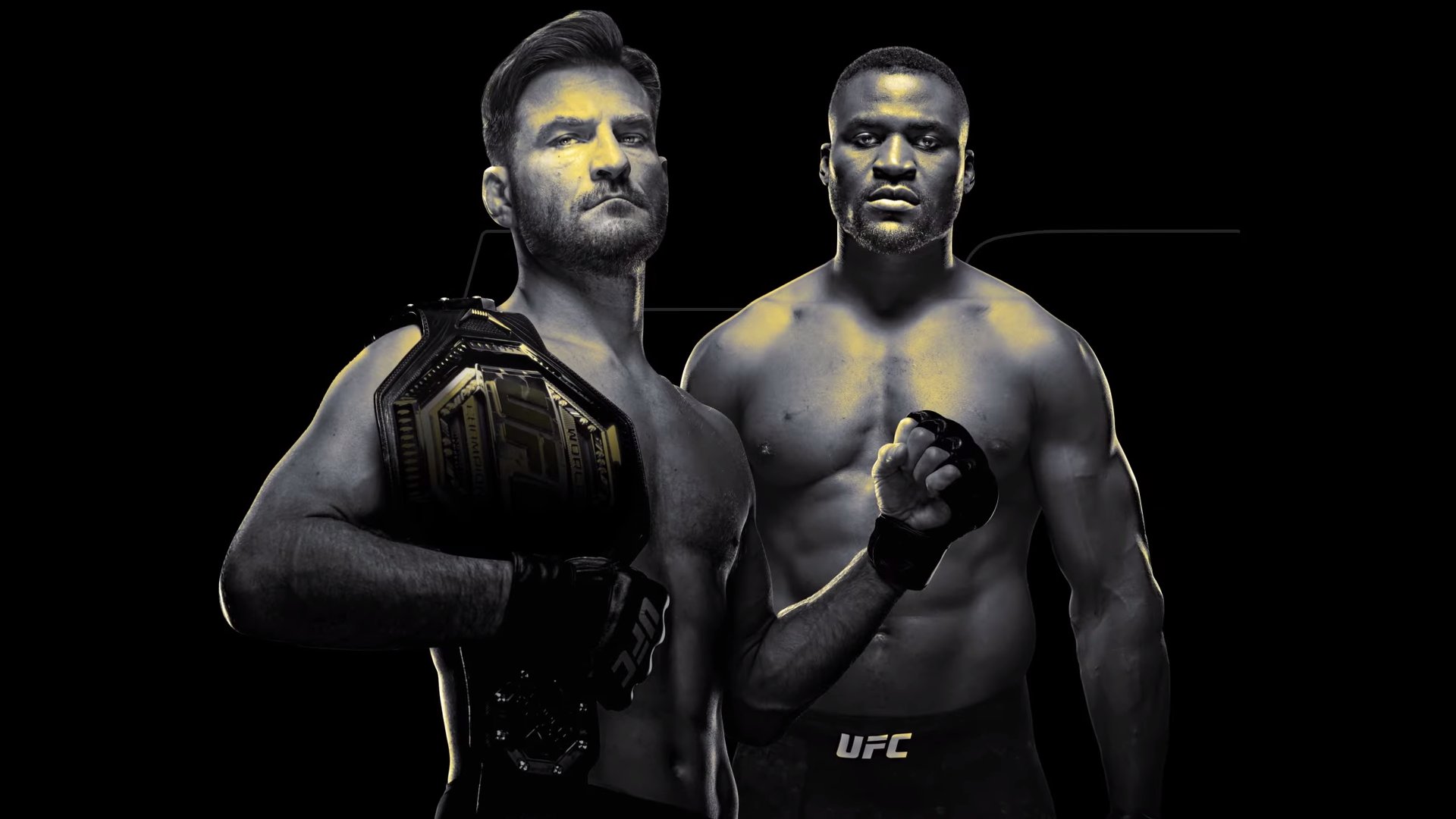 In a lot of ways as Stipe Miocic prepares for his rematch against Francis Ngannou at UFC 260, his 2021 is already mapped out.

The only thing that’s getting more of his attention ahead of the fight is his baby boy due in late summer but outside of that, the 38-year-old heavyweight champion is solely focused on vanquishing Ngannou for a second time.

If all goes well on Saturday night, Miocic would then be expected to move onto face Jon Jones as the longest reigning light heavyweight champion in UFC history finally tests himself in a new division. Because of the long list of accolades that Jones has amassed on his resume, he’ll undoubtedly get a lot of attention during UFC 260 fight week just because he’s already been declared as next in line.

While Miocic understands that Jones could be in his future, Ngannou is the present threat to his title and that’s the only thing that truly matters right now.

“Right now all I’m worried about is the fight coming up with Francis,” Miocic told MMA Fighting. “That’s all I care about. I’m not going to worry about Jon Jones until I take care of business.”
Even before he fights again at UFC 260, Miocic has already solidified his legacy as arguably the greatest heavyweight of all time or at worst the best heavyweight to ever compete inside the octagon.

He holds the record for the most consecutive heavyweight title defenses in the UFC and he’s taken out four former champions during two different reigns atop the division. If he’s able to dispatch Ngannou for a second time, and then become the first person to claim a legitimate win over Jones, that would put Miocic into a category all his own but truth be told, that’s just not something that he’s even thinking about right now.
“No question [Jon Jones is a big fight for my legacy], definitely but all I’m worried about is Francis,” Miocic said. “That’s all I care about. The task at hand right now. He’s the only one.”

It’s that kind of singular focus that has kept Miocic on top for so long because he never seems to lose sight of what’s most important.

Even addressing Jones right now seems pointless to him because that can’t happen without disposing of Ngannou, who has become one of the most ferocious and terrifying knockout strikers to ever haunt the heavyweight division

The last time around, Miocic avoided Ngannou’s tremendous power during a few exchanges in the opening round and then he systematically dismantled “The Predator” with a wrestling heavy attack that exposed a lot of weaknesses over 25 minutes. By the end of the fifth round, Ngannou was breathing heavy and unable to stop takedowns, which led to Miocic winning a lopsided decision.

Ngannou eventually bounced back with four consecutive knockout wins without a single opponent making it to the two-minute mark of the first round.

Despite his dominance, Ngannou hasn’t really been forced to deal with the demons that haunted him against Miocic in their first fight but the reigning heavyweight champion fully expects a different performance out of him this time around.

“It won’t be nothing like the first fight because he’s definitely gotten better and so have I,” Miocic said. “A lot of things are going to change. I’m trying to make it a more one-sided fight, and of course try to end it early, but he’s gotten better. The man hits hard and it’s the heavyweight division so anything can happen.

For all the punching power that Ngannou produces, he just couldn’t land a solid shot on Miocic in their previous fight and then with each passing round, his conditioning was just more and more depleted.

Add to that, Miocic having some of the best wrestling in the heavyweight division allowed him to swim inside and then drag Ngannou to the ground repeatedly, which is where he stayed for a large part of the fight.

Obviously, Miocic isn’t giving away any secrets to his strategy ahead of the rematch but an argument could be made that no matter how much Ngannou improved, this will always just be a tough fight for him to win. Of course, Miocic feels that way about anybody he fights.

“I think I’m a bad matchup for anyone,” Miocic said. “Like I was saying before, me and my coaches come with a great game plan. We work at it for 8 to 10 weeks. That’s all we work on. As long as I listen to the game plan, do what I’m told, I’ll be fine.”

In the end, it doesn’t matter much to Miocic how he gets the job done against Ngannou as long as he leaves the UFC APEX with the heavyweight title around his waist.

He’s never been one for predictions except when it comes to the actual result.

“You’re always looking for the finish. That would be great. That’s what I’m always looking for but if it don’t happen, I’m happy with a decision,” Miocic said. “I don’t care if it’s a knockout, submission or decision and I’m getting my hand raised. That’s all I’m going to do. I’m walking out ‘and still.’ That’s all you’re going to hear. My hand raised and belt wrapped around my waist. Nothing’s going to change.

“I win by any means necessary. I’m going to get that win. Walk out with my hand raised, belt around my waist. And still. Nothing’s going to change. You’ll find out come Saturday.”