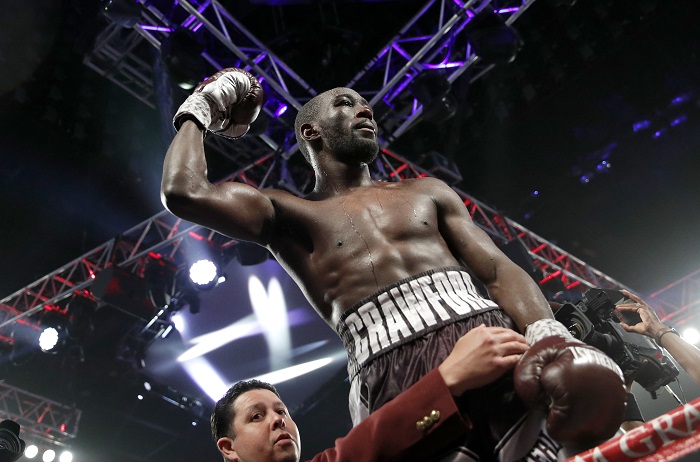 The Terence Crawford-Top Rank saga is far from over. The New York Post reports that “Bud” filed suit against Bob Arum in Nevada, alleging that Arum’s “revolting racial bias prevented him from landing big fights and earning tens of millions of dollars.”

The Post has a number of snippets from today’s filing, including:

“Arum clearly allows his revolting racial bias to impact the fighters he is obliged to promote.”

“Because this is boxing, a sport with a checkered history, and because Arum is now dismissed as just a grumpy old white man, Arum continues to make racist and bigoted statements and purposefully damage the reputations of Black boxers without any consequences. This is generally because the affected boxers, who are in long-term contracts with Top Rank, fear that if they speak up, they will be placed on the sideline and not given the opportunity to fight during the life of their deal, which could be 5 to 7 years.”

“It is painfully clear that Top Rank, and especially Arum, judges people based on their race. Arum’s sordid history with athletes of color, especially Black fighters, and his bias favoring white and Latino fighters is well-documented and known throughout the boxing world.”

“In truth, Top Rank, a company with zero Black executives, and only two or three Black employees, refuses to admit that it simply does not care about, support, or know how to promote Black fighters.”

As far as specific examples, the suit cites Arum’s 2009 statement that Floyd Mayweather “shoots up cars,” his comments towards Al Haymon, his “refusal to place the Black Lives Matter logo on the mats of its boxing rings” after the murder of George Floyd, and his allegedly “profit[ing] from staging fights in South Africa during the height of apartheid.”

Crawford (38-0, 29 KO) and Arum made no secret of their mutual antipathy during their lengthy partnership, which ended in November with Crawford’s finish of Shawn Porter. I imagine things will only get more acrimonious from here.