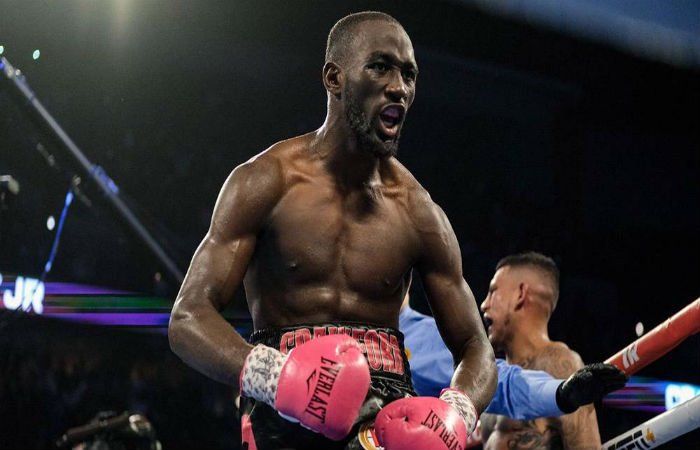 As expected, the WBO have set a purse bid date for their ordered welterweight title fight between Terence Crawford and Shawn Porter, with Thursday, Sept. 2 the date the fight will go to bids.

The minimum acceptable bid for the fight is $200,000, and obviously it will be much higher than that.

This is actually an interesting purse bid situation, mainly because of Crawford (37-0, 28 KO), who is with Top Rank but may be nearing the end of his days with the promotional giant, too — he might also not be, but he’s said before that his deal with the company ends in in the final quarter of this year.

Logic would point him toward Premier Boxing Champions and Al Haymon, where the vast majority of the top name welterweights fight, including Porter (31-3-1, 17 KO), and for that matter, most of the name 154 lb fighters, if Crawford wanted to move up.

But logic has pointed him that way before, and a good money deal from Top Rank and ESPN was what he took instead.

Crawford has again brought up possibly fighting Errol Spence Jr, whose career is in an iffy spot at the moment but it’s expected he’ll fight again.

Top Rank and ESPN could certainly put in a strong bid on this if they see it as a pay-per-view fight, or if ESPN is willing to kick up to have it on their normal airwaves and/or ESPN+. But Bob Arum has been open that he’s not confident in Crawford’s PPV drawing ability, and if they don’t see it that way, PBC could put in the big bid and take this fight to FOX pay-per-view.

It is also legitimately possible that this fight doesn’t happen at all, even with the order and a purse bid set up. With Yordenis Ugas beating Manny Pacquiao to fully confirm himself as not just WBA champion, but the guy who probably retired Manny Pacquiao, a rematch between Ugas and Porter is a lot more valuable than it was before, and it’s fully in-house for PBC to make without much hassle, and probably cheaper than you can make Crawford-Porter. There’s still a world title on the line for Porter, and for PBC, there’s no hassle dealing with a rival promotional stable.

The big fight to make for Ugas is Errol Spence, but Spence could be on the shelf longer than Ugas will want to wait, and Porter’s already been inactive for a year.