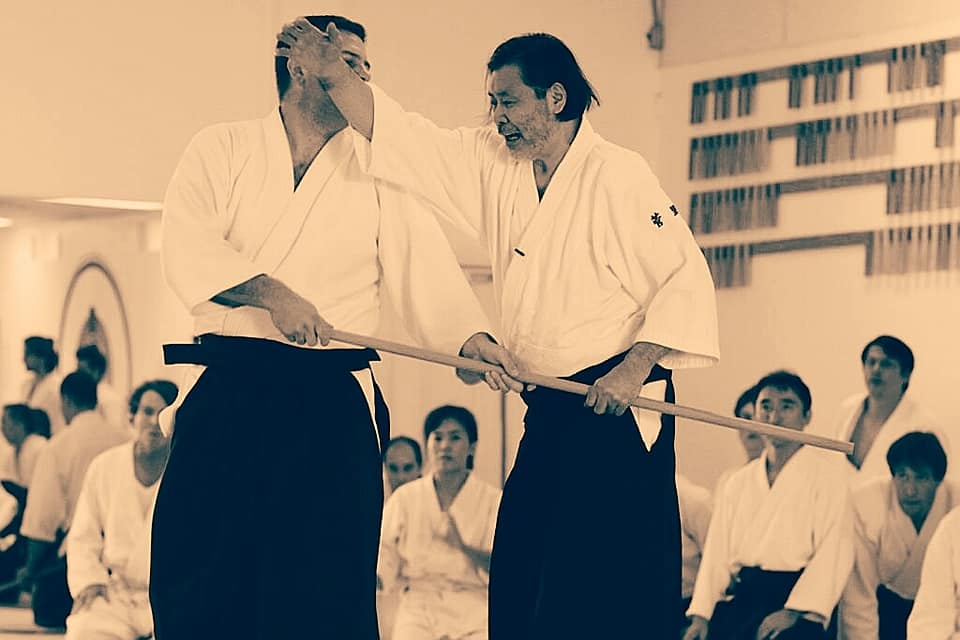 Both kimono and obi are made from a wide variety of fibre types, including hemp, linen, silk, crepe (known as chirimen), and figured satin weaves such as rinzu. Fabrics are typically – for both obi and kimono – woven as bolts of narrow width, save for certain types of obi (such as the maru obi) woven to double-width. Formal kimono are almost always made from silk, with thicker, heavier, stiff or matte fabrics generally being considered informal.

Following the opening of Japan’s borders in the early Meiji period to Western trade, a number of materials and techniques – such as wool and the use of synthetic dyestuffs – became popular, with casual wool kimono being relatively common in pre-1960s Japan; the use of safflower dye (“beni”) for silk linings fabrics (known as “momi”; literally, “red silk”) was also common in pre-1960s Japan, making kimono from this era easily identifiable.

Fibres such as rayon became widespread during WW2, being inexpensive to produce and cheap to buy, and typically featured printed designs.
Modern kimono are widely available in fabrics considered easier to care for, such as polyester. Kimono linings are typically silk or imitation silk, and generally match the top fabric in fibre type, though the lining of some casual silk kimono may be cotton, wool or linen. 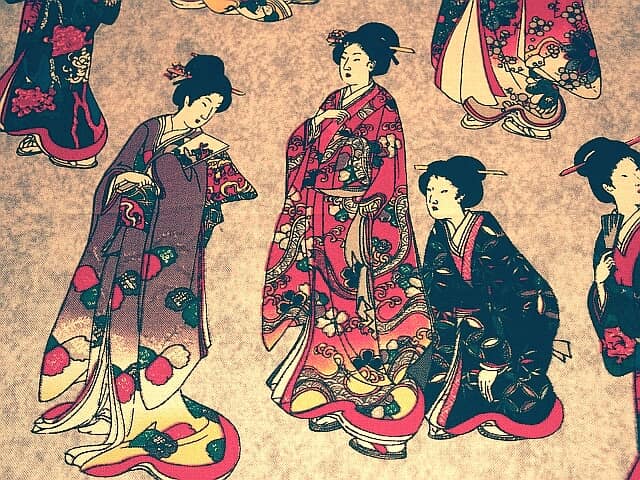 The fabrics that kimono are made from are classified in two categories within Japan. Gofuku (呉服) is the term used to indicate silk kimono fabrics, composed of the characters “go” (呉) (meaning “Wu” – a kingdom in ancient China where the technology of weaving silk developed) and ‘fuku’ (服) (meaning “clothing”).

The term ‘gofuku’ is also used to refer to kimono in general within Japan, particularly within the context of the kimono industry, as traditional kimono shops are referred to as either gofukuten (呉服店) or gofukuya (呉服屋) – with the additional character of “ya” (屋) meaning “shop”.

Cotton and hemp fabrics are referred to generally as futomono (太物), meaning “thick materials”, with both cotton and hemp yarns being considerably thicker than silk yarns used for weaving. Cotton kimono are specifically referred to in the context of materials as momenfuku (木綿服), “cotton clothes”, whereas hemp kimono are known as asafuku (麻服), “hemp clothes”, in Japanese, with the character for hemp – “asa” (麻) – also being used to refer widely to hemp, linen and ramie kimono fabrics.