Tyson Fury might be retiring after his next fight 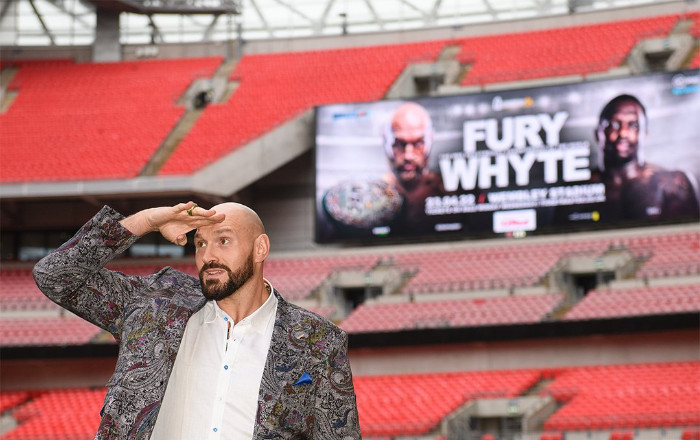 WBC heavyweight champion of the world Tyson Fury has hinted that he might be retiring after his next fight against Dillian Whyte.

“The Gypsy King”, 33, will be defending his strap on April 23 at Wembley, London, against his fellow countryman. Even though this is not the first time Fury has scratched the surface on potential retiring from the sport of boxing, the majority of fans believe he’ll stay for another year or two.

“This is the final fight of my career; I’m retiring after this. $150million in the bank, healthy, young, I’m gonna buy a massive yacht abroad. I’m retiring; I’m out, this is my final fight, I’m done.”

“No, not at all,” said Fury to iFL TV when asked if he thinks Anthony Joshua beats Oleksandr Usyk in the rematch. “I don’t think the fight happens now with the way things are going.

“I tell the truth of what he is. He’s a third-rate professional boxer,” said Fury to Secondsout on how he views Whyte. “He’s a decent British level, but I’m a very good world level.

“I think they’re very even, to be fair,” said Fury on his view that he sees Whyte as being on the same level as Dereck Chisora. “On any given day, each one of them could beat the other.

“I thought Dereck Chisora won the first fight, and he was winning the second fight until he got chinned. So they’re around 50-50. I can’t talk him up. He’s 6’4”, he’s got a good left hook, and an aggressive style, he’s big, he’s strong and what more can I say about him?

“For sure, I’m knocking him [Whyte] out. He’s chinless, as I said. Listen, this could be my last fight. This is a crowning moment for me. WBC championship defense, two British fighters at Wembley Stadium with nothing to prove. Go out on top and live like a legend forever.