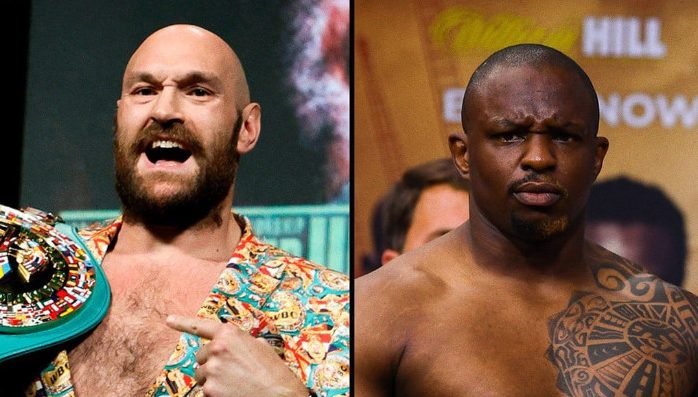 Tyson Fury retained his WBC title with a sixth round TKO win over Dillian Whyte today at Wembley Stadium in what may have been the final fight of his boxing career.

Fury (32-0-1, 23 KO) was in control of the fight throughout. After a tentative opening round that saw Whyte box southpaw for whatever reason, Fury got progressively into his rhythm, controlled the pace of the fight, had it at the distance he wanted, and Whyte (28-3, 19 KO) just couldn’t do a lot with him.

The fourth round got really rough, a lot of grappling and some rabbit punches and elbows getting in there, but it didn’t stay that way, and Fury was back to work in the fifth and sixth.

With the end of the sixth round closing in, Fury saw an opening and landed a wicked right uppercut that put Whyte on the canvas. Whyte did get up, and referee Mark Lyson was trying to give him a chance to show he could fight on, but when Whyte stumbled again, Lyson made the call to stop it.

“Dillian Whyte is a warrior, and I believe Dillian will be a world champion,” Fury told BT Sport’s Steve Bunce. “But I’m one of the greatest heavyweights of all times, and unfortunately for Dillian Whyte, he had to face me here tonight. It’s no disgrace. He’s a tough, game man, he’s as strong as a bull and he’s got the heart of a lion. But you’re not messing with a mediocre heavyweight. You’re messing with the best man on the planet, and you saw tonight what happened.”

Bunce asked if Fury really will walk away, and he didn’t fully commit to it just yet, but he has his reasons to walk away.

“I promised my lovely wife, Paris, of 14 years, that after the (third) Wilder fight, that would be it. And I meant it. It was a great trilogy and I meant that,” he stated. “But I got offered to fight at Wembley at home, and I owed it to the fans, to every person in the United Kingdom to come here and fight at Wembley. Now it’s all done. I have to be a man of me word, and I think this is it. This might be the final curtain for the ‘Gypsy King,’ and what a way to go out!”