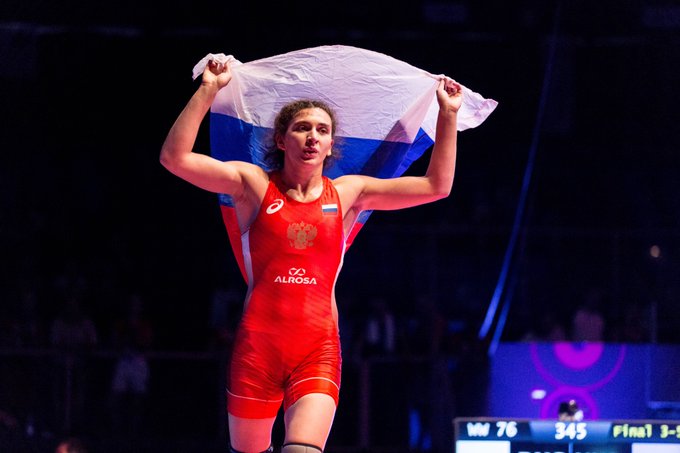 As United World Wrestling moves into another Olympic cycle after completing a successful Tokyo Olympics, it is keen on taking the next big step.

At the bi-annual Congress, held on the eve of the U23 World Championships in Belgrade, Serbia, UWW revealed its extensive five-year plan to enhance the sport. It has identified five key areas of focus over the next five years.

The five areas will be the priority at every competition through 2022-’26. The organization will implement a system to track the progress. United World Wrestling will provide national federations with roadmaps and resources that aim to help move forward together.

In line with the International Olympic Committee’s focus on gender equality, UWW aims to create an optimal inclusive environment to achieve gender equality. Women’s wrestling and its growth are a significant part of that program.

UWW’s top priority before Paris Olympics is to identify the blockers in the growth of women’s wrestling and the potential drivers that can provide that boost. It also plans to share inspiring case studies and launch women’s achievement awards.

On the sporting front, the technical committee will review and adapt training methods and techniques, develop more female coaches, analyze rules for WW and review event presentation and delivery for all women competitions.

Revamp and Reinforce Image of Wrestling

UWW has done it before and now it is time to take it to the next level. In a need to be better at showcasing the strengths of both wrestling and UWW, it will showcase the unique and attractive image of wrestling to audiences worldwide.

At the first step, UWW will clarify the image gap and revamp it. The organization then plans to reinforce and multiply the message about the sport and how it’s run.

It is undoubtedly a process, but to determine how it wants to be looked at, UWW will analyze how it is seen in the current scenario. Clarifying the image gap will also need to the gap internally and externally.

By identifying the intangible strength of wrestling, UWW aims to produce new and attractive material and have new activities to showcase its image.

A huge part in promotion is played by the national federations, and UWW will support them and seek to develop new partnerships to amplify the new image. It will also create awards to share positive stories.

While UWW will not lag in these initiatives, only a united effort will be needed to support and activate activities at the regional and national levels. It has invited all national federations to send regular feedback and even share ideas to make wrestling a better sport.