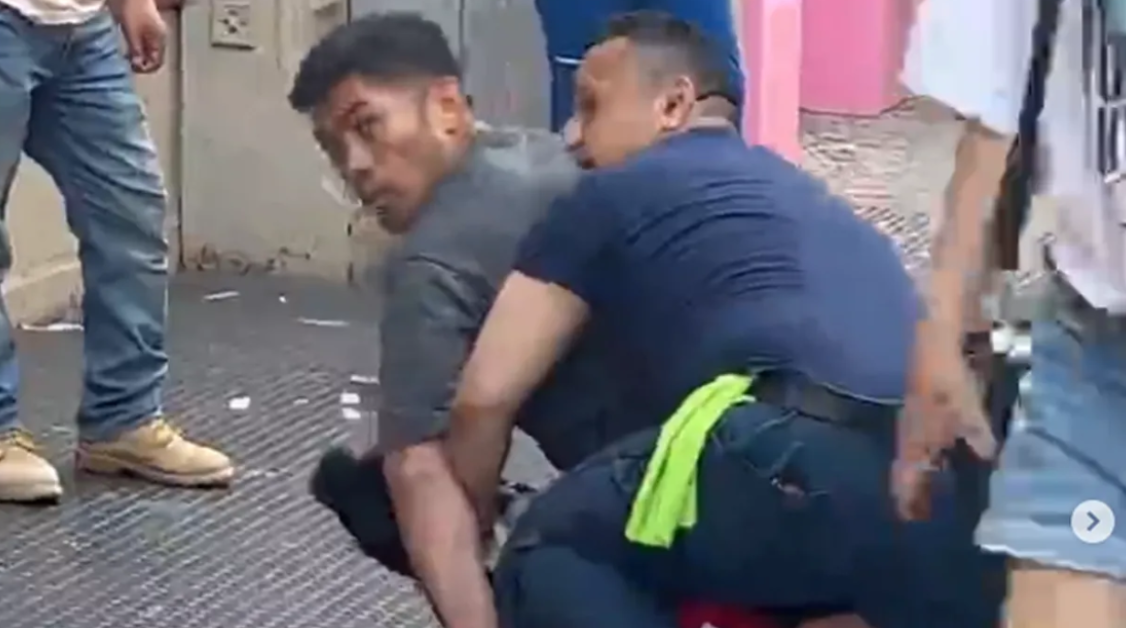 Last week, on the streets of New York City, a couple of construction workers were allegedly sucker punched. Ro Malabanan said he witnessed those attacks and decided to do something about it.

Malabanan, a BJJ black belt under Marcelo Garcia, posted footage of what went down to his Instagram. The video shows him pinning a man down on the ground until a number of police officers arrive on the scene to take the individual into custody.

Malabanan can also be heard talking with the suspect. The suspect told his captor that the construction had provoked him, saying “they were walking into me”.

Malabanan also posted a video where he explained what he witnessed that day.

“I walked up to the guy that (was) hit, to check to see if he was OK,” he said (ht NBC New York). “He said he wasn’t okay … Immediately, my martial arts side kicks in and I’m like, let’s go stop this guy,” Malabanan recalled. “Who knows what he’s capable of… My jiu-jitsu training kicked in, and I immediately just jumped on his back, he tried to fling me off of him. I had what’s called the seatbelt position, which helped me to drag him down to the ground.”

“I don’t think I’m a hero, just doing my part for New York,” added Malabanan. “We New Yorkers are willing to help strangers out because that’s what New York is all about. I’m just really grateful I was able to stop someone and put my martial arts to use. Being able to help people, to do it in the real world, is incredible.”

Malabanan lists boxing/jiu jitsu coach and actor among his job titles. In a separate post to Instagram Malabanan wrote about how much positive feedback he has received since going viral for what happened in SoHo.

“For those of you that are new to my page, I get harassed at least once a month based on my race or how I look, so what happened yesterday is nothing out of the ordinary,” he wrote. “Except I was able to use my training to stop a mentally sick person in harming another human being until the authorities were able to get there and do their job. I feel that most people in the situation I was in would’ve done the same because as much as most of the world thinks that New Yorkers are rude, there is an unspoken rule that when someone’s in trouble, we will go out of our way to help someone. What I experienced yesterday was just that. New Yorkers coming together to get a dangerous person off the streets.

“As a martial artist, it is my responsibility to stand up for those who cannot. As New Yorkers, we must help each other out so we can go about our business without having to fear for our lives. As human beings, I believe we have to show empathy and compassion to others because we are all going through things. And at the end of the day, we are just trying to do the best we can.

“For those of you that have reached out to me, I genuinely appreciate the kind words. But as I said, you would have done the same thing if you were in my position.”