Vlasov and Punia training together in Russia 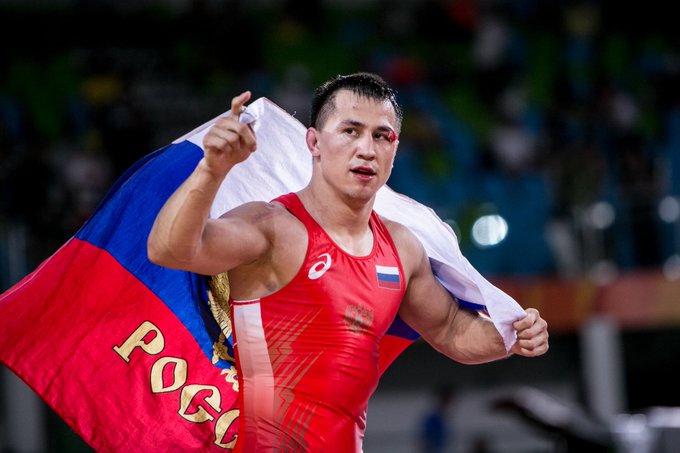 MOSCOW, Russia (January 6) — Bajrang PUNIA (IND) has been to Russia before. He’s visited the top wrestling pockets in Dagestan, Vladikavkaz and Yakutia for preparatory camps or international tournaments, but the Tokyo bronze medalist was surprised when an invite from Moscow arrived last month.

Two-time Olympic champion Roman VLASOV (RWF) and Punia were enjoying a friendly chat over social media when the 2021 world champion asked the Indian wrestler to come over to Moscow to train together as the new wrestling season approached.

Initially surprised, Punia decided to pack his bags and landed in Moscow on December 28 to begin the preparations for the Matteo Pellicone Ranking Series event which will be his first since winning the bronze medal in 65kg at the Tokyo Games.

“I have been away from competition for five months now and was looking to begin the new season with some good training,” Punia said. “What better than training with an Olympic and world champion.”

But there was one unusuality. Vlasov is a Greco-Roman great while Punia has made a name for himself with his freestyle wrestling.

Before going to Moscow, the thought did cross Punia’s mind about how he would train with Vlasov but he decided to tackle that part later.

“I thought he would have training partners for me in freestyle and we will have some gym sessions together,” Punia said. “That was not the case. It was much better.”

To Punia’s shock, Vlasov decided to train with him. The Indian wrestler was still skeptical about the training drills and sparring and after the first session ended, he was clear that he had made the right decision to come and train in Moscow.

‘Eye-opening,’ that’s how Punia described training with Vlasov. While he has been in the sport for 17 years, there were a few techniques and positions that Punia experienced only after training with Vlasov. From upper body holds to ground defense, the three-time World Championships medalist wanted to learn everything.

“Grip is one of the main components of wrestling whether it’s freestyle or Greco-Roman,” Punia said. “Some of the techniques of grips I did with Vlasov for hand and chest, I was doing it for the first time in my training. Greco-Roman wrestlers are superior in grips and I learned it here. Even they don’t wrestle below the waist, they need a lot of power in legs and I trained for that as well.”

Vlasov, based out of Moscow and expected to take part in the February 3-7 Russian National Championships, has been training with Punia and Asian Championships silver medalist JITENDER (IND) at the Powerhouse Gym and welcomed the Indian wrestlers with a post on social media saying “welcome to Russia” and in a different post said “getting ready for tournaments with my friends from India. We are like-minded. That’s important to train with those who love wrestling and want to win with all their heart. It doesn’t matter where you are from and what’s your religion. When we step on the mat and sweat together, we become truly close to each other.”

“Punia himself wanted to come to spar with me,” Vlasov said. “By training together, we both become stronger and I am surprised how well trained he is physicaly.”

On the mat, the two training accordingly and with a mix of Greco-Roman and freestyle wrestling before focusing on ground defense and throws.

“In sparring, I start with 10 minutes of freestyle while he does Greco,” Punia said. “Then we spar together in one of the two styles. Then to end the session we focus on ground wrestling. To learn the defense from a Greco great is exceptional.

“This will help me greatly because my style of wrestling involves a lot of upper body and the lessons from Vlasov will only make me stronger and try a few more techniques on the mat.”

If Punia can actually apply what he learned with Vlasov along with his world-known high-paced wrestling, he can raise his level once again in the 65kg weight class; perhaps the most stacked in the world.

The same is true for Vlasov who is wrestling in the 77kg weight class which has the young star and Tokyo silver medalist Akzhol MAKHMUDOV (KGZ), U23 world champ Tamas LEVAI (HUN) who also has a win against Vlasov, Iran’s Mohammadali GEREAI (IRI), Tokyo Olympian Karapet CHALYAN (ARM) and World silver medalist Sanan SULEYMANOV (AZE).

After losing to Levai in the Poland Open, Vlasov failed to make the Russian Olympic Committee team to the Tokyo Olympics and missed the chance to win his third Olympic gold medal after winning in 2012 and 2016. But he announced that he is still chasing the third gold medal in Paris 2024. He returned to the Worlds with a gold medal in 2021 in Oslo. It was his third gold medal for Vlasov in the annual event.

Fans have been waiting for a bout between Vlasov and Makhmudov and while the wait continues, the two, along with Punia will be seen hosting a clinic for young kids around Moscow on January 9. Around 1500 kids are expected to attend the clinch in which the three wrestlers will demonstrate Greco-Roman and freestyle techniques.

“Vlasov has been of great help and I think it’s for the benefit of the sport, the clinic will be a successful one,” Punia said. “I have to say that I should have come here earlier and began my training. Stil, it has been a great experience and I will continue coming here for training.”