Yasar Dogu: All you need to know about the -65 kg freestyle division 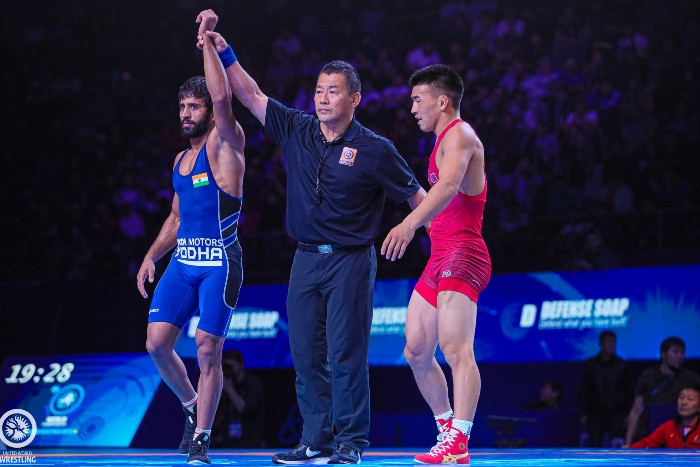 But the Yasar Dogu may be his toughest test yet.

The Tokyo Olympic bronze medalist is entered at 65kg alongside five other world medalists who’ll be looking to make a splash at the February 24-27 event, making it the competition’s Weight-to-watch.

World champion Zagir SHAKIEV (RWF) and Iszmail MUSZUKAJEV (HUN) are two wrestlers that can make life difficult for Punia in Istanbul while Tulga TUMUR OCHIR (MGL), Shamil MAMEDOV (RWF) and Beka LOMTADZE (GEO) are other wrestlers who can stop him from winning gold on any given day.

Punia, however, feels that it is more about returning to the mat than his unbeaten record at the Ranking Series event which stretches back to 2018.

“I have not wrestled competitively in six months and I am desperate to return,” Punia said. “I was looking forward to competing in Rome but now I am focused on the Istanbul event. While I know about my medals, I just want to get going for the year and take it from there. There are some strong wrestlers on the list but when has 65kg been a walk in the park?”

Regarded as one of the deepest weights in the world, 65kg will give wrestling fans some fireworks, aptly on the final day of the tournament.

A Punia-Muszukajev bout has been long been desired by the fans. It will be a match of contrasting styles as Punia high-paced wrestling will be up against Muszukajev’s sneaky attacks and defense for six minutes.

Muszukajev has had a see-saw career since taking a transfer from Russia to Hungary. He won a bronze medal at the Worlds in 2019 but failed to win any medal at the European Championships. He also lost his bronze-medal bout at the Tokyo Games.

In Gadzhimurad RASHIDOV’s (RWF) absence, Muszukajev, who has lost to Rashidov twice now, may fancy his chances but he will have to go past Shakhiev.

The 65kg lot in all likelihood will throw some surprises but Punia, Muszukajev, and Tumur Ochir have their reputation on line against some of the upcoming names in the weight class.