Yazdani and Punia to clash for Asian 86kg title 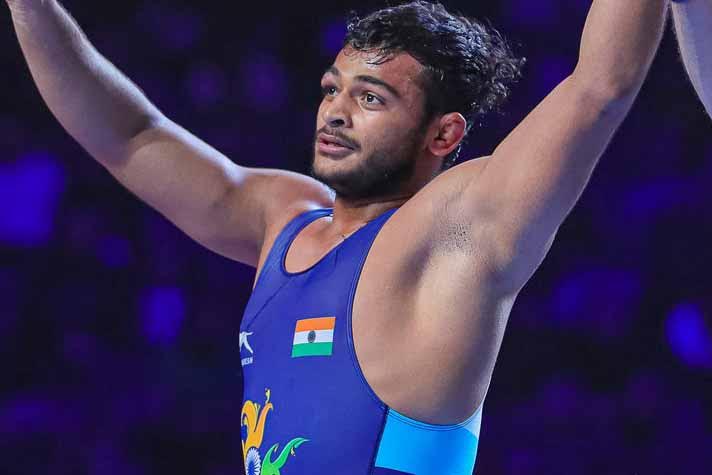 Two years after superstar Hassan YAZDANI (IRI) and up-and-coming Deepak PUNIA (IND) were slated to meet for the world title in a match that never came about, the two will finally tangle with an Asian gold on the line.

Yazdani, the reigning world and Olympic champion, and Punia both won their semifinal matches at 86kg during the early session to set up the long-delayed clash when the six-day Asian Championships wrap up with five freestyle finals on Sunday night in Almaty.

“I have not wrestled for one and a half years and I thought I should test myself in a lighter competition,” said Yazdani, who won the gold in his only other appearance at the Asian Championships in 2018. “This is just to check how my body is and if it is ready. Thankfully, it was a great start from the first bout today.”

Yazdani is one of three Iranians in the finals, along with 2020 bronze medalist Mostafa HOSSEINKHANI (IRI) at 74kg and Kamran GHASEMPOUR (IRI), who will aim to add the 92kg gold to the one he won at 86kg in 2019.

Host Kazakhstan, led by 2019 world silver medalist Nurkozha KAIPANOV (KAZ) at 74kg, also has three finalists, while Uzbekistan, India, Mongolia and Kyrgyzstan have one each.

Punia, the 2018 world junior silver medalist, caught the wrestling world’s attention when he made an impressive run into the final at the 2019 World Championships in Nursultan, which also served as the initial qualifier for the Tokyo Olympics.

However, he conceded the gold to Yazdani after being forced to default the final due to a left ankle injury suffered in his opening match.

“Definitely I will wrestle in the final,” Punia said. “I missed a chance to wrestle him before because I was injured. It is always good to wrestle a good wrestler and that, too, when you know that you can meet him in the Olympics.”

In getting another shot at one of the premier wrestlers in the world today by making the final in Almaty, Punia will have to lift his game much higher than what he showed in the early session.

Punia, the bronze medalist a year ago in New Delhi, could only manage a pair of activity-clock points in defeating Gwanuk KIM (KOR) 2-0 in the semifinals. That came after struggling to edge Bakhodur KODIROV (TJK) 4-3 in the quarterfinals.