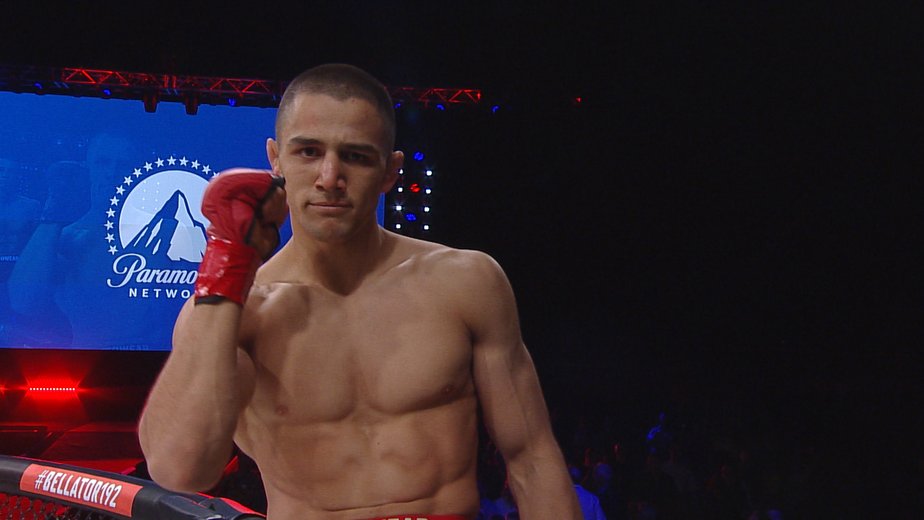 For 22-year-old super prospect Aaron Pico, there are no tune-up fights.

After being knocked out in just 67 seconds by Henry Corrales earlier this year, Pico is now set to fight undefeated Hungarian featherweight Adam Borics (12-0) on the main card of Bellator 222 at Madison Square Garden in New York City on June 14. MMA Fighting confirmed the matchup with Bellator officials following an initial report by ESPN.

Pico has shown flashes of brilliance in his six pro bouts (all inside the Bellator cage), recording four straight first-round knockouts in-between his debut and his bout with Corrales at Bellator 214. However, those performances have been book-ended by first-round losses to Corrales and Zach Freeman. His most notable win came against 23-fight veteran Leandro Higo.

On the other side, Borics, 25, has yet to falter in his pro career. He joined the Bellator roster back in April 2017 and has gone 3-0 with the promotion, picking up finishes of Josenaldo Silva, Teodor Nikolov, and Anthony Taylor. This will be the second time that Borics has competed in North America under the Bellator banner.

Bellator 222 is expected to be headlined by a light heavyweight bout between Chael Sonnen and Lyoto Machida, and also feature Rory MacDonald defending his title against Neiman Gracie in the semifinals of the Bellator Welterweight World Grand Prix, and Rizin FF champion Kyoji Horiguchi challenging Darrion Caldwell for the Bellator bantamweight championship. The show will be available exclusively on the DAZN streaming service.

See the updated fight card below (bout order to be determined):