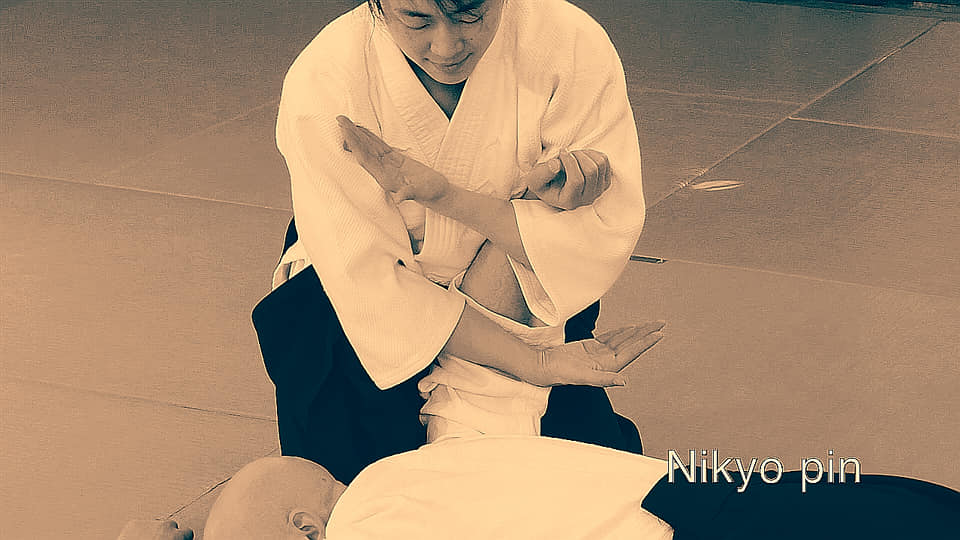 At the wrist twist of nikyo, you should have uke’s hand firmly pressed on the soft area right below your collar bone, so that there is an angle between uke’s hand and lower arm.

This angle exposes and weakens the wrist. Uke’s arm should be bent. If it is straight, you need to do hijikime osae (sometimes called rokkyo) instead.

Apply the pressure until uke has at least one knee on the floor, and is bending the body significantly. This is to avoid uke bouncing right up again, when you release the pressure and spin around to get to the pinning at the end.