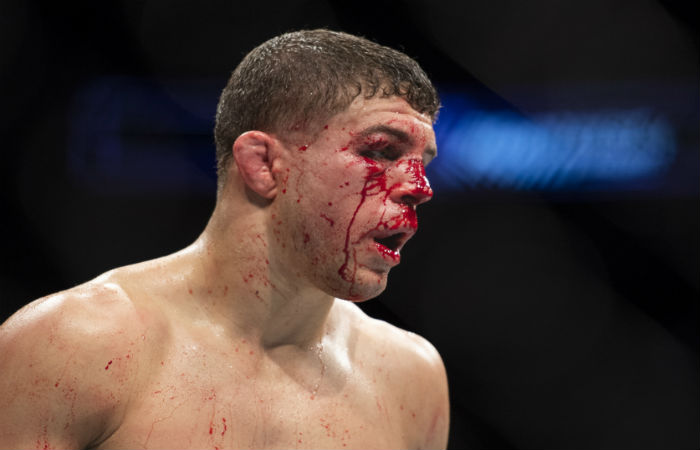 It wasn’t a definitive retirement announcement, but a dejected Al Iaquinta made it clear Thursday night that hanging up his gloves for good has weighed heavily on his mind since UFC 268.

He suffered a first-round TKO against Bobby Green on Nov. 6 for his third consecutive loss. Iaquinta also revealed on his “Call Me Al Show” that he at least partially tore his ACL during the fight.

“To be honest with you, I don’t know, it was the first fight that I really gave up in,” Iaquinta said. “He didn’t knock me unconscious. I turned, and I covered up. I was still conscious, I knew what I was doing, but I kind of just wanted out. I realized he hit me hard, and it probably wasn’t gonna be a good night for me. I was not confident in my preparation.”

“It’s the first time in my career ever that I gave up in a fight. I used to watch people do that all the time, and I could never understand it. But at this point, it’s not life-changing money for me to go in there. When you’re younger, injuries happen and you heal. I’m 34 years old. You go in there, you get an injury, there’s a good shot it’s never gonna heal. Doctors, I used to think you get surgery, and they fix it. Doctors can fix anything. I don’t ever want to have surgery again.”

It’s not just his in-fight thoughts that have Iaquinta contemplating retirement, but also his approach leading into it.

“This is the first time in my career I was leading up to it thinking, ‘I just don’t want to get hurt,’” Iaquinta said. “You can’t have that attitude going into it. You’ve got to be a savage motherf*cker to really get in that cage. The mindset you’ve got to have is, ‘I don’t give a sh*t about my body.’ Back in the day, I could’ve broken my nose, anything, and I would’ve kept going. Now? Eh, I live in a nice house, I got investment properties, (the UFC) is not paying me enough to sacrifice my body for the rest of my life. That’s the way I kind of feel about it.”

“I start feeling good? I don’t know. You know what I mean? I might get that itch,” Iaquinta said. “I can’t even watch my teammates. I don’t even want to go to the gym right now. I’m just like, so, like, I don’t know if I’m jealous of them being able to do that, being able to train hard. That’s where I feel the most at home, and I don’t know if it’s gonna happen anytime soon for me.”