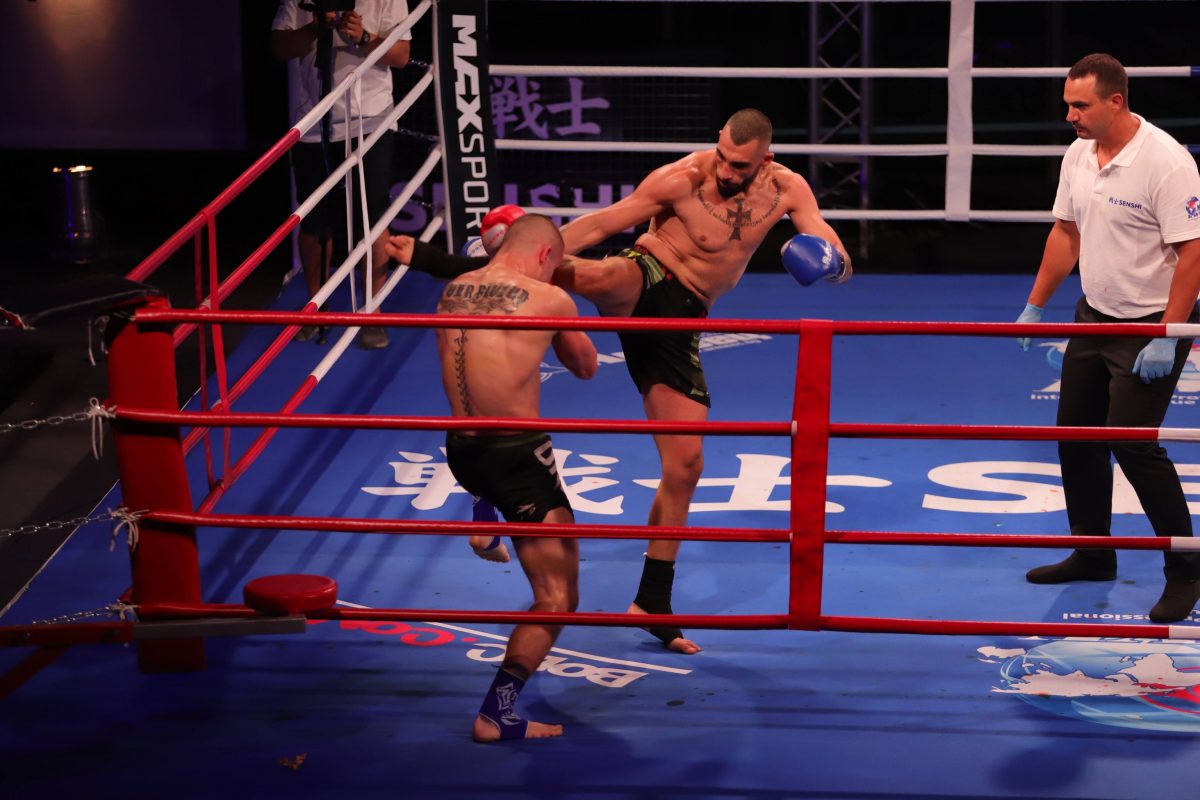 Eduard Aleksanyan defeated Pavel Shelest by a unanimous decision in the main card of SENSHI 9 in Kamchia.

The two met each other at category up to 80 kg according to the rules of KWU FULL CONTACT.

The Bulgarian justified his nickname “Mr. Show” and it is a miracle that his opponent stayed on his feet after all the rounds.

They both did not take risks at the beginning of the battle. The Bulgarian was the first to place a more interesting combination, ending with a knee, as the instructions from his corner were. Exchanges and an equal game followed. In the last seconds of the first round, the Belarusian fell at the floor, but it was due to a slip, not a knockdown. 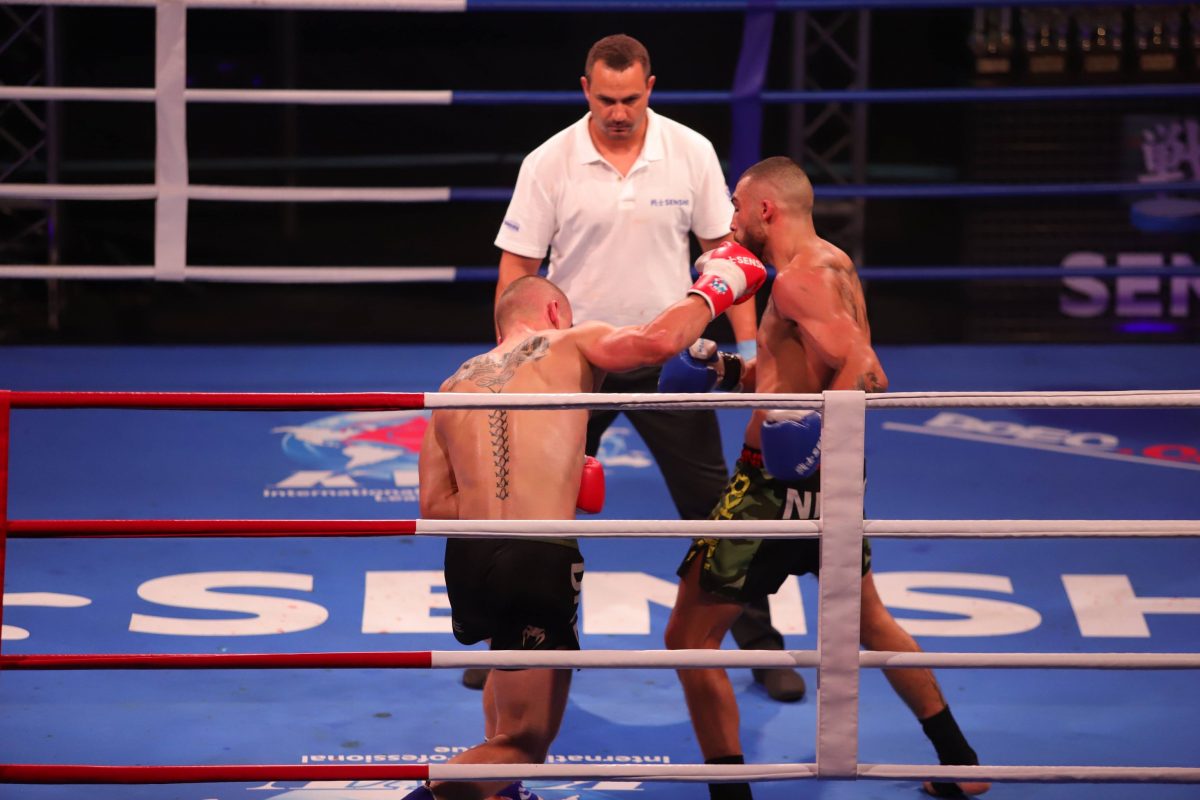 Shelest placed an interesting combination at the beginning of the second half. Aleksanyan responded appropriately with two kicks and a right hand. A few seconds later, he repeated the exercise and placed a good kick in Shelest’s head. In the last moments of the round, Aleksanyan exploded and showed why he is called “Mr. Show”, scoring two more attractive kicks.

The knee worked in the third round. Edward heard the advice of his corner and outworked the opponent with this technique in the last 3 minutes of the fight. The final part passed completely under the control of the Bulgarian and it is a miracle that his opponent stayed on his feet until the end. 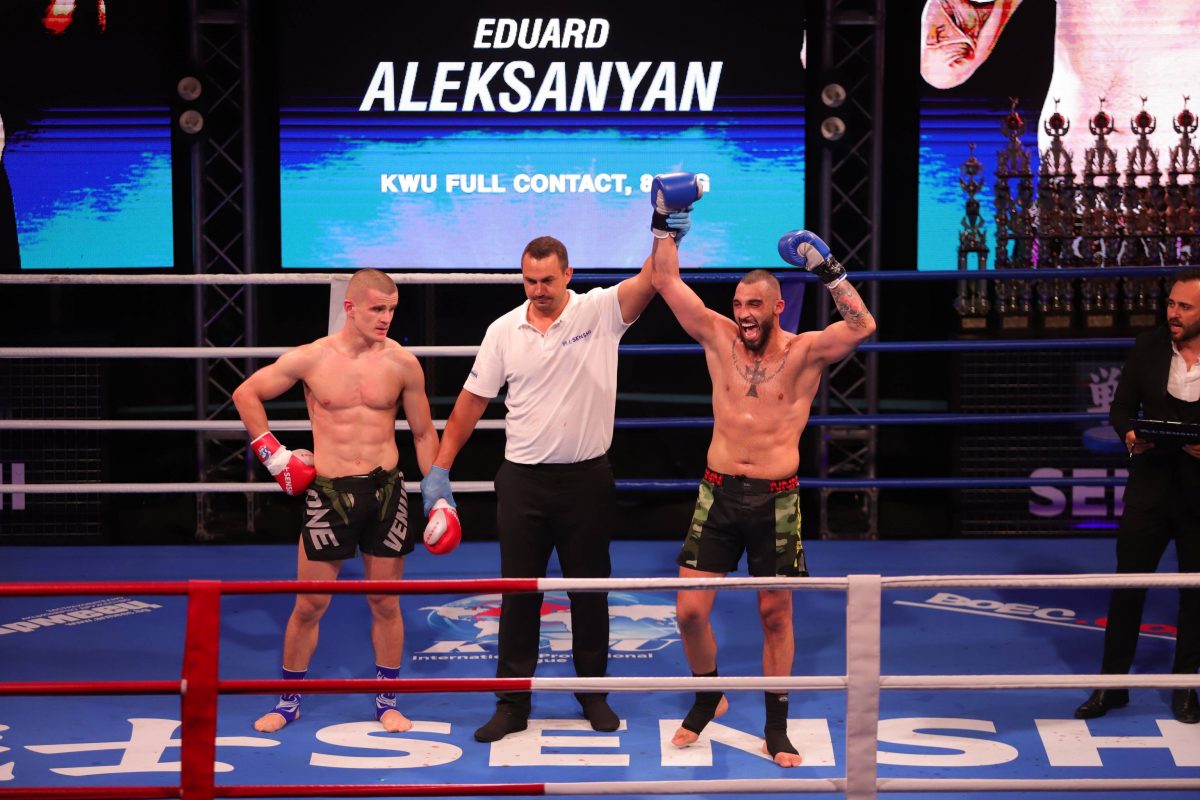 Senshi 9 was broadcasted on Bulgaria ON AIR, MAX Sport, Boec.BG and the US online channels FITE, Boec.COM, Kwunion.com, Kyokushin Karate News and Fightо.News.