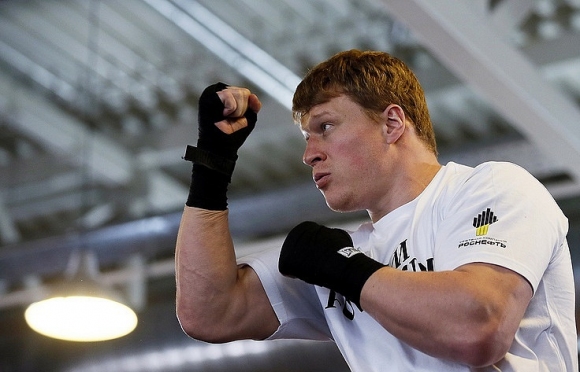 Former world heavyweight champion Alexander Povetkin is 5 weeks away from returning to the ring.

On August 22 in London, the Russian will face one of his toughest challenges Dillian Whyte. It’s a matchup build up on ferocious power from both guys who possess scary power in their left hands.

But according to the 40-year-old  vet, there’s much more you have to do in order to win a boxing contest. “I didn’t think anything special because it was discussed before. I thought it’s a good fight and a good opponent, why do I need anything else,” said Povetkin.

“Dillian Whyte behaved himself very well, and that’s why it was positive.

“If he wants to trash talk, it can be a different atmosphere. I expect him to be in good shape. What about his last fight. It can happen to anybody. What’s important is you win.

“Maybe something didn’t go as he expected, but he won,” Povetkin said about Whyte’s last win against Mariusz Wach.

“That’s the most important. I didn’t think especially about the left hook. This is not the key to win. Every punch can make an effect and make you lose or win, but the most dangerous punch is the one that you don’t see. It’s not only the left hook.”

Povetkin fought on the same card Whyte did in Saudi Arabia back in December. The Russian drew against Michael Hunter, but he still believes that the end is not here.

“I don’t see this as a last chance,” he said. “What’s most important is my preparation and my boxing. Box beautiful with a result. The key factors depend on my training and my conditions.

“With my motivation, I’m ready to box wherever my age.

“I made a few mistakes against Michael Hunter. That’s why it looks this way. I had to recover, but I won’t make these mistakes with Dillian Whyte, that’s for sure.

“Having amateur experience gives some advantages to the boxer, but this is not the key.

“You have to go through many professional fights, but an amateur career like Anthony Joshua and Wladimir Klitschko, it shows this is a significant advantage for the boxer.”