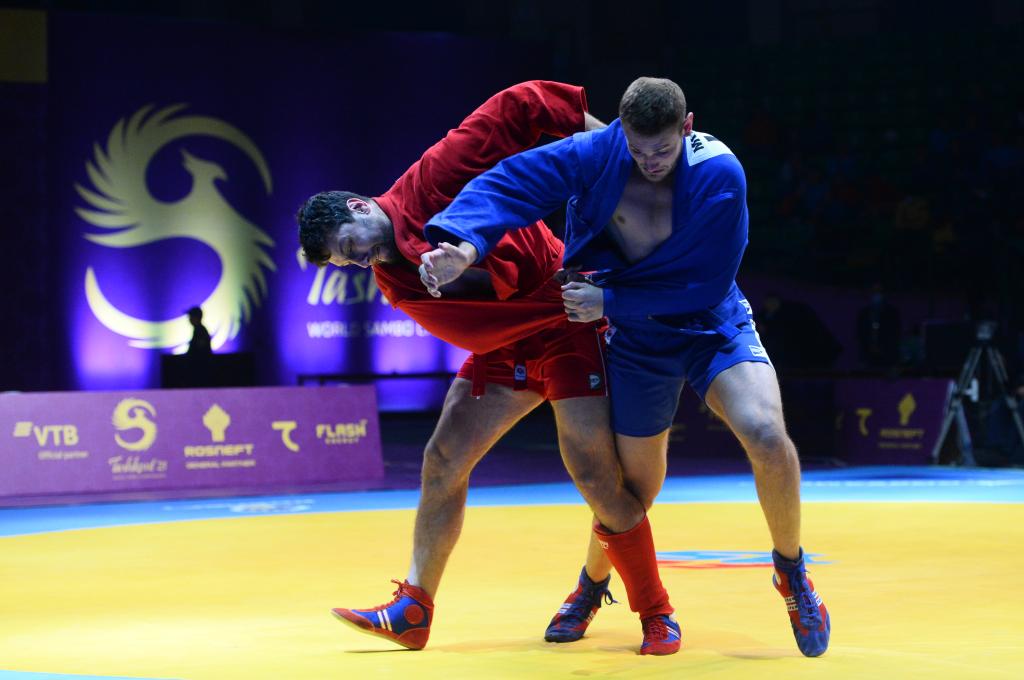 Ukrainian athlete Alieksiei Moisieiev won a silver medal at the World SAMBO Championships in the over 98 kg weight category, being defeated in the finals by many-time world champion Artem Osipenko. He gave his interview to the FIAS website immediately following the bout.

The silver and defeat from the eight-time world champion in the finals. How satisfied are you with your performance?

– Of course, I was longing to win. Yet there is little shame in losing to such an opponent as Artem Osipenko in the finals of the World Championships.

How did you feel when you were going to fight against such a titled opponent?

– Frankly, I didn’t really think about it, I was just longing to win.

How did you prepare for the tournament on the whole and specifically for the finals?

– The stage of preparation was indeed very serious and diligent: first, my team and I had a training session near Kiev, Ukraine, and then we went to a training camp in Uzbekistan where we had been practicing for two weeks.

What tactics have you chosen?

– My coach said that I should constantly be on the move, avoid staying in one place.

What opponents did you succeed in defeating on your way to the finals?

– Those were guys from the Republic of Belarus, Serbia and Mongolia.

How much did you enjoy the tournament? How would you rate the level of its arrangement?

– Everything appealed to me, the World Championships were staged at the highest level. I wish to thank our Uzbek friends for this sports festival.

In July, the International SAMBO Federation was granted a permanent recognition by the International Olympic Committee. Has the attitude towards SAMBO in the world of martial arts changed recently, from your viewpoint?

– SAMBO has made giant strides forward, it is quite apparent, and the progress, as they say, is obvious. I am very delighted that our sport is actively developing.

– Now I want to get back home and take a little rest. Then I will start preparing for the next competition, the “Memorial to the Founders of SAMBO” World Cup.