Alistair Overeem would like to face Jon Jones at heavyweight 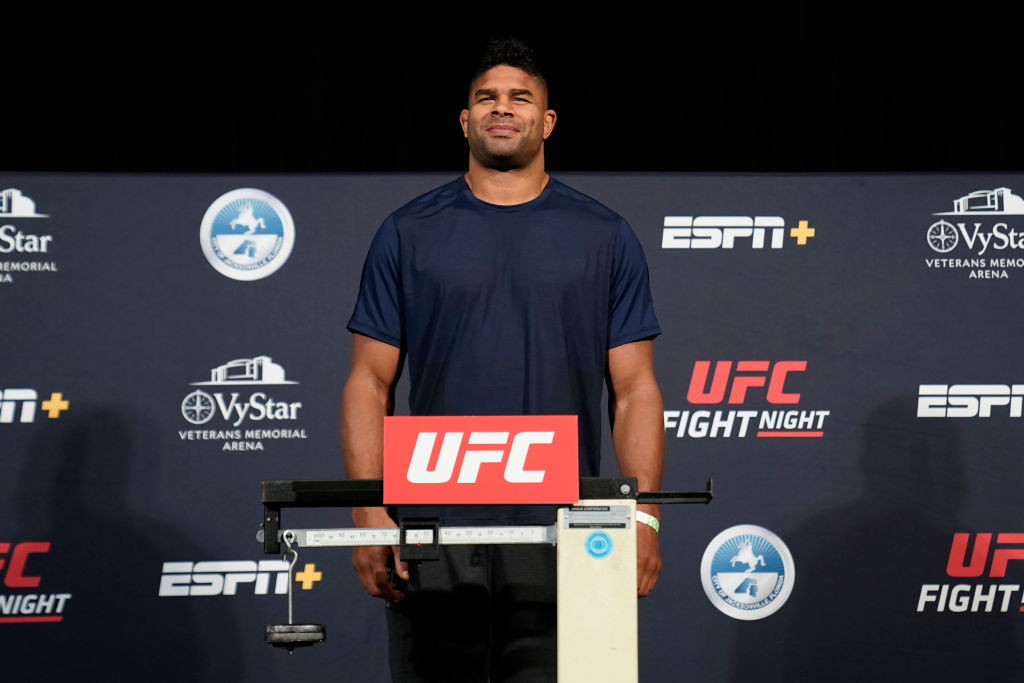 Overeem keeps himself in the mix with a win over Augusto Sakai in the main event of UFC Vegas 9 this Saturday, but much of the talk at Thursday’s virtual media day concerned potential opponents including Jones. Asked if he would consider welcoming the two-time light heavyweight champion to the heavyweight division, Overeem offered a humble response.

“Yes, I would do it,” Overeem said. “I think it’s a great fight. I would feel honored.”

Given Jones’ past accomplishments, it’s likely he’ll have the pick of the litter should he make a move to heavyweight official. Overeem isn’t worried about Jones jumping the line and sounded supportive when discussing how “Bones” would fare against a larger competition.

There is no shortage of challengers for Miocic, who completed his trilogy with Cormier by defending the UFC heavyweight title via unanimous decision at UFC 252 last month. A rematch with Ngannou appears to be the leading option, but behind Ngannou are streaking contenders Curtis Blaydes, Derrick Lewis, and Sakai.

And reports of WWE star and former UFC heavyweight champion Brock Lesnar entering free agency have raised speculation that he may return to fighting, which would put another marquee name in the title mix. Overeem, who defeated Lesnar by first-round TKO nine years ago, isn’t expecting a Lesnar comeback.

“I don’t really pay attention [to the rest of the division] because I got my fight booked,” Overeem said. “As far as Brock goes, I don’t really think he’s coming back. I was wrong the last time though.”

Overeem is predicting that one or two more wins could earn him a second UFC title shot and potentially a rematch with Miocic. The two met in a thriller at UFC 203 in September 16, a matchup that saw Overeem hurt Miocic early only to be knocked out by the resilient Miocic near the end of the opening round.

At 40 years old with 65 pro bouts under his belt, Overeem wants another championship opportunity but is not going to bang his head against that particular wall forever.

“No, I won’t stick around as long as it takes,” Overeem said. “Probably going to do a couple more fights and then it is what it is.”