Andrea Stojadinov: It is great to get back into competition 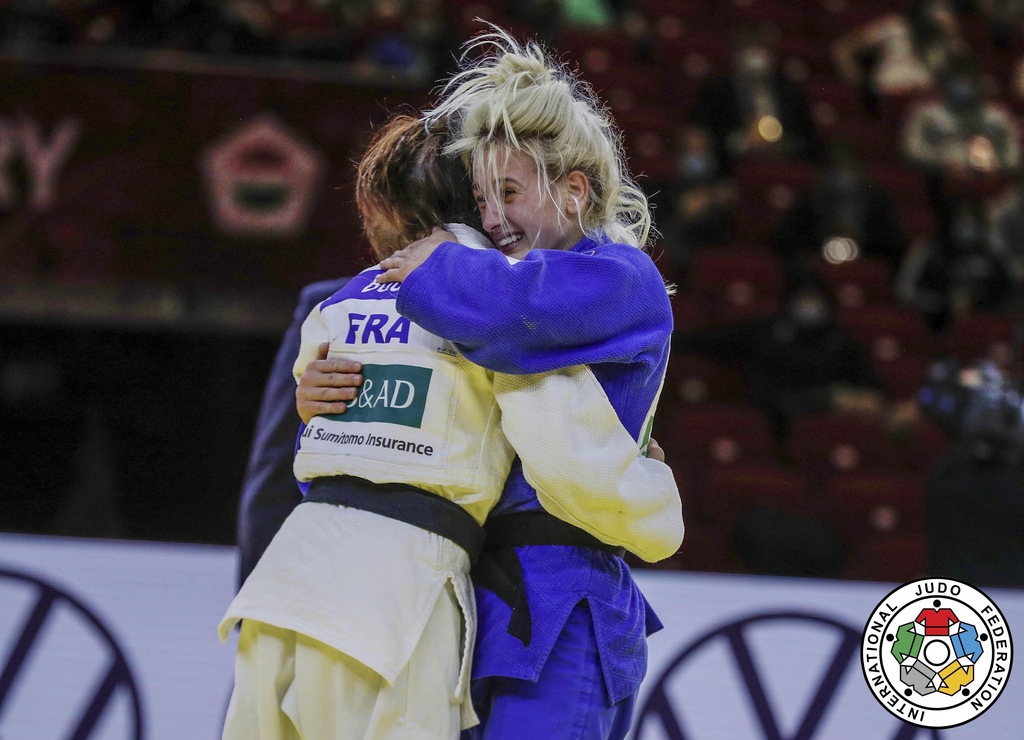 Serbian lightweight Andrea Stojadinov defeated Paris finalist and Düsseldorf winner Shirine Boukli for bronze. The young Serbian seems to pick up the pace in at senior level. An amount of points will help her to reach the Tokyo Olympic Games.

The efforts of last spring in her own little pink dojo with her brother pay off. The popular website JudoCrazy asked her how she prepared for this success.

How prepared were you for this competition?

– Despite the pandemic, I didn’t really take a break. I was training all the time even when it was not possible to train at the dojo, due to a lockdown. I would work with my strength coach Goran Popović. And I would work on technical training with my brother, who is also a judoka. We’ve been allowed to do judo since the middle of August though. So, it was then that I could start doing randoris again at my club, Red Star.

The last time we spoke with Andrea was in April, when she was still under lock-down and training at home with her brother, in her little pink dojo. In Budapest, she became a bronze medalist.https://t.co/7eF2h3OQLm

Was Budapest your first return to competition?

– No, earlier this month, I took part in the Senior European Cup in Dubrovnik. That was a small competition. In my category there was only one other player, a girl from Kosovo, so we ended up having three round-robin matches. I just wanted to use Dubrovnik as a kind of a test, to see how it felt to get back into competition. So, in that regard it was very useful.

How did it feel when it was confirmed that Budapest was on?

– It was a kind of relief, actually. Initially, when my country first went into lock-down, we thought maybe competitions would resume in May or June. Then we heard it wouldn’t be until September that competitions would start again. September came and went, and still no competitions. So, it was very difficult because we couldn’t plan for me to peak for competitions. But of course, I’m not the only one to have had to go through this. Everybody did. So, yeah, I was very glad when it was confirmed that Budapest would happen in October.