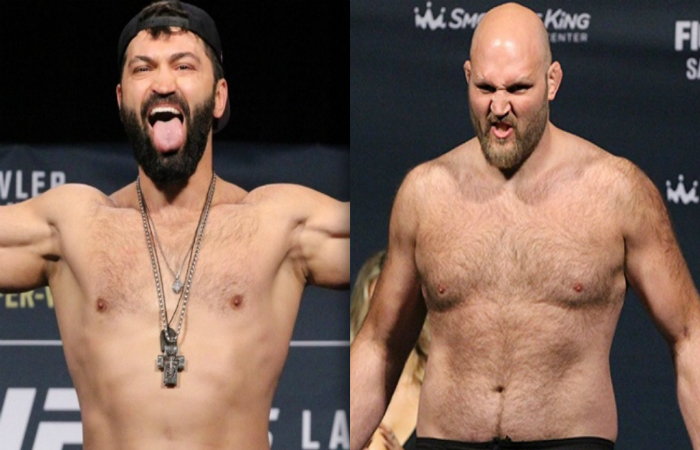 Andrei Arrlovski and Ben Rothwell may not have been in the main event during Wednesday night’s UFC card from Jacksonville, but the two heavyweights secured the highest salaries on paper at the event.

On Thursday, the Florida State Boxing Commission released the total disclosed salaries for the card in an email sent to MMA Fighting. The commission does not release specific figures for “show” and “win” purses; UFC fighters often split their pay 50-50 between the two.

Arlovski led all fighters with a $325,000 payday for his win over former PFL champion Philipe Lins, who was making his octagon debut. It was also Arlovski’s 32nd appearance in the UFC with his first fight in the promotion taking place almost 20 years ago.

Meanwhile, Rothwell earned $260,000 in a hard-fought victory over Ovince Saint Preux in the co-main event after he moved up from light heavyweight to accept the challenge. Saint Preux put in a valiant effort, but ultimately Rothwell got the job done by split decision after three rounds.

As far as the headliners, Glover Teixeira took home $230,000 for his punishing performance to defeat Anthony Smith, who made $130,000 for the main event. Teixeira unloaded a lot of damage over 20 plus minutes before finally finishing the fight in the fifth round.

As previously reported, Teixeira and Drew Dober also took home an extra $50,000 for “Performance of the Night,” while Brian Kelleher and Hunter Azure each banked $50,000 for “Fight of the Night.”

Below is a full list of disclosed salaries for UFC Fight Night: Smith vs. Teixeira. As always, these figures may not represent a fighter’s total earnings, as certain sponsorship incomes or discretionary bonuses are not publicly disclosed.