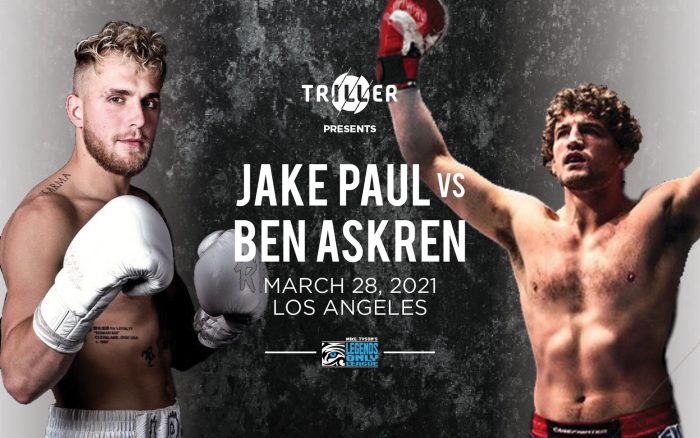 Ben Askren is a world class grappler with multiple world titles to his name, but ‘Funky’ doesn’t exactly standout in the striking department.

That’s why longtime teammate and friend Anthony Pettis, who recently signed with Professional Fighters League, has offered to train the Duke Roufus product ahead of his boxing match with Jake Paul on March 28.

The bout hasn’t been confirmed but, if it does get the green light, ‘Showtime’ would love to help Askren work on his hands ahead of the matchup.

“I asked him, ‘Yo, are you boxing?’ He was like, ‘Why wouldn’t I?’ He made some good points,” Pettis told SCMP MMA in a recent interview. “I definitely offered my assistance. I love to box, and that’s something I will do before my career ends, I will have a boxing fight, I will have some kind of go in the ring. And to see him get this opportunity man, it’s amazing.

“He’s one of them guys that’s had bad luck in the UFC, a little bad run with Masvidal and Maia. But for him to go out there and box against one of the biggest YouTube stars and potentially be able to shut this guy up, I’m looking forward to it.”

Paul has opened as the early betting favorite but Pettis knows what Askren is capable of as a world-class athlete.

“Ben’s one of the best wrestlers I’ve trained with. And I hit him with some crazy stuff and he’s one of the toughest dudes out here, bro.

“I was probably one of the biggest guys trying to get him in the UFC, because I was like, ‘This guy is world-class’. I was sparring with him on the daily and we’re not too far away in weight classes, but I knew what he can bring to the table.

“If you take away the wrestling and just give him gloves on the hands, that’s why I think Jake Paul is going for a guy like Ben, he has the name but he doesn’t have the hands, but he’s a world-class athlete.”

Askren, who retired in 2019 following back-to-back stoppage losses to Jorge Masvidal and Demian Maia, is expected to take on Paul under Mike Tyson’s Legends Only League on March 28 in Los Angeles.