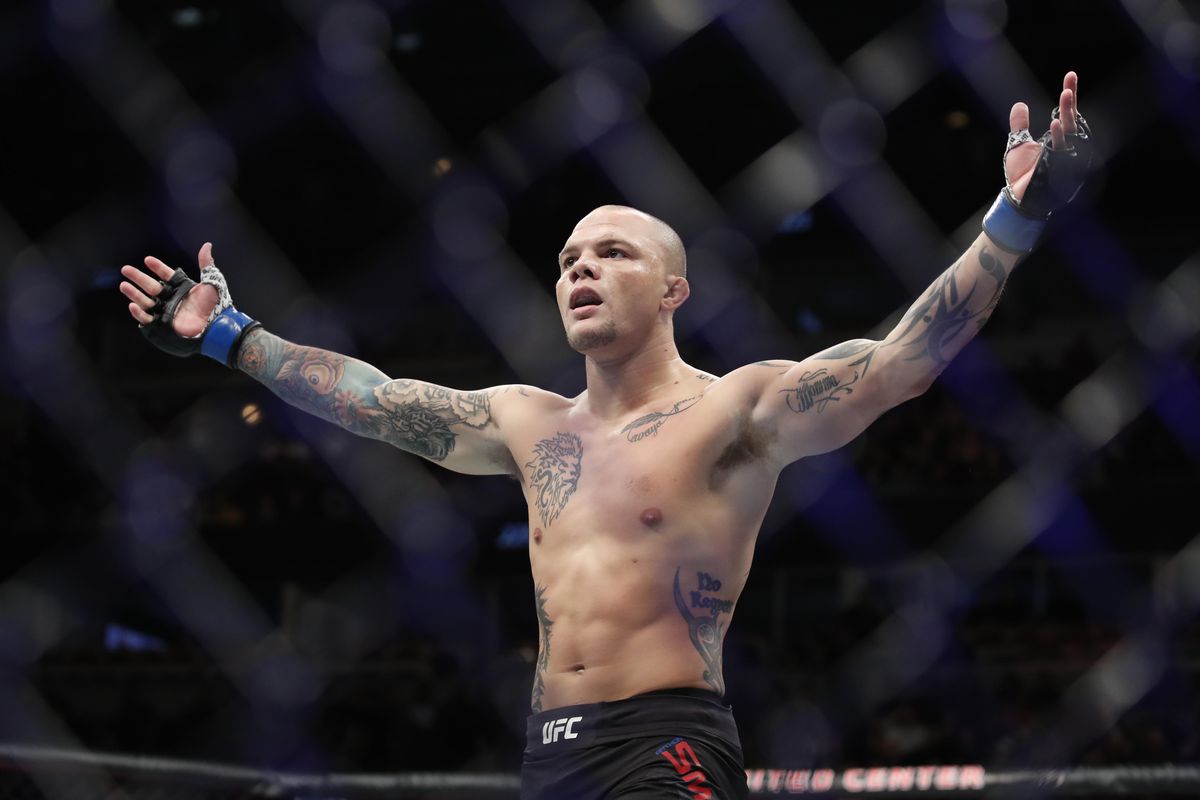 Anthony Smith is one of the fan favourites in UFC. His fights until the end and never surrenders.

Smith insists he’s back at 100 percent for his next bout, against Austrian contender Aleksandar Rakic.

“I healed up pretty quick,” Smith said to MMA Junkie. “My wife jokes with everyone that I’m like a superhero. I just heal really fast, so that’s our ongoing joke at the house. I feel good. I tried to fight on ‘Fight Island’ in July, and they wouldn’t let me, so I actually took more time off than I wanted to.”

So what’s at stake when he steps into the octagon?

“I’ve been in this (pattern of) starting and stopping, starting and stopping,” Smith said. “Like, I fought Jon (Jones), lost, then I went in and did really well against Alex, get a finish. Got all this momentum, I feel like, and then it turns out my hand is much worse than we thought. I have a couple surgeries, trying to get back from that, then just the goddamned disaster that happened in the Glover fight and everything leading up to it. I just need to get back on the horse and get that momentum rolling again, and that’s my goal, man.”

“During the beginning of the Glover camp before the full pandemic, I made a lot of improvements, and I added a lot of things and felt like I made a lot of headway, and then all the bullsh-t happened and the fight went the way that it did. Now I was able to pick back up where I left off with Denver and training at home, and I just, I’m in a good place. I’m super happy. I’m comfortable.”

“You’ve got the two guys fighting for the title, and I think that Thiago, Glover, myself and Rakic are kind of in a race right now to see who can have the most impressive win because I think that’s what it comes down to – unless Glover wins,” Smith said. “To be very honest with you, if Glover wins, I’ll keep my mouth shut and stay out of his way. If it’s Thiago, then I kind of got an argument there, you know what I mean? Especially if I can have an impressive finish over Rakic. I think I’ve got a really good argument there, but I don’t have too much of an argument against Glover. There’s not too much I can say about that one. I’ll get out of his way and keep my mouth shut and wait my turn.”

“I feel like I’m better than I’ve ever been, and I feel like the beginning of the Glover fight was a good representation of kind of where I was headed, and then sh-t just kind of went awry, and that’s how it ended, but I picked right back up from where we started,” Smith said. “I’m excited to get out there and what does Nate Diaz say? Throw some cool sh-t and leave with a bag of cash. That’s what I’m ready to do.”