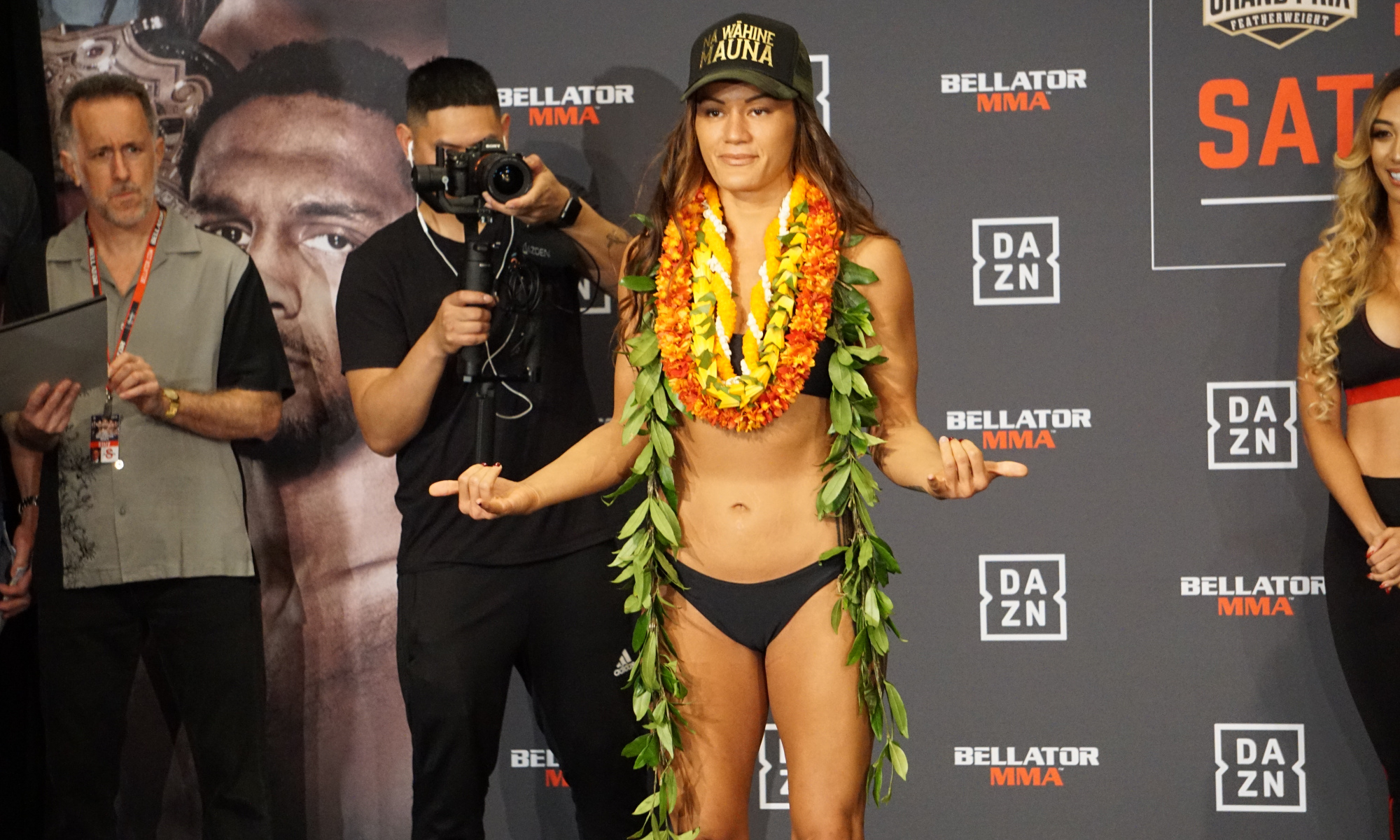 Ilima-Lei Macfarlane is well on her way to being a real star in the world of mixed martial arts, but she’s already a superstar in her home state of Hawaii.

The Bellator flyweight champion hammered this point home again on Saturday night, as she put on another spectacular performance in front of an adoring crowd at the Neal S. Blaisdell Arena in Honolulu.

It was Macfarlane’s fourth successful defense of her 125-pound belt.

“How could I not come in here and represent for everybody?” Macfarlane told her Honolulu fans. “I hope I made you all proud.”

After electrifying the crowd with a spectacular arena entrance, Macfarlane maintained the energy in the opening round. She immediately got underhooks, pushed Jackson (11-4-1 MMA, 3-2 BMMA) against the cage, and worked her way to a trip. She spent much of the round hunting for a submission, but never quite got it.

England’s Jackson, for her part, proved to be plenty tough. While she never came close to seriously threatening the champ, she landed enough offense in the standup to keep her honest and was tenacious in her ground defense. This was obvious again toward the end of the second, when Macfarlane went for a head-and-arm choke, but Jackson fended it off.

The third was more of the same, as Macfarlane landed a nasty straight right to the face, closed the distance, and again went to work on the ground. In the fourth, Macfarlane scored the takedown early, then late, in a thrilling exchange, she went for an armbar, but Jackson fought it for all she was worth until the bell rang to end the round.

It all seemed academic as the bout reached the latter stages. Jackson seemed to know she was going to need a finish in Round 5, but Macfarlane was ready. The fight ended with Macfarlane unleashing a hellacious ground-and-pound assault as Jackson held on until the final bell.

“Man, I know that Kate Jackson is a submission defense specialist, she’s super hard to finish, she showed it,” Macfarlane said. “Props to Kate Jackson man, that was so much fun.”

The flyweight title bout was the Bellator 236 main event. The main card streamed on DAZN following prelims on MMA Junkie.