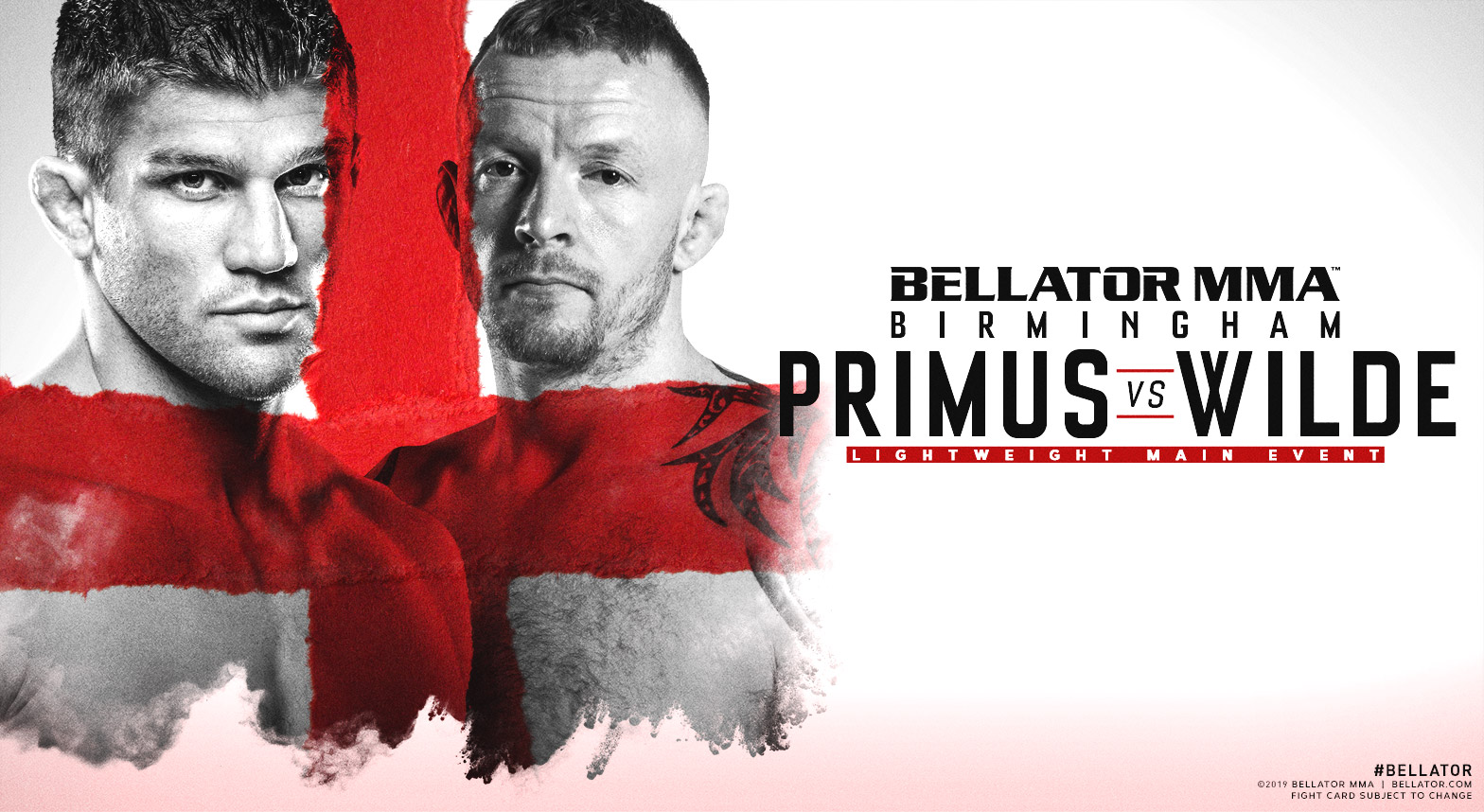 Brent Primus encountered some early trouble from Tim Wilde in the Bellator Birmingham main event before he adventurously finished the British lightweight with a rare gogoplata in the first round Saturday night.

Wilde caught the former champion off balance with a right hand, sending him to the canvas in the early exchanges. Shortly after chasing Primus the ground, Wilde found himself trying to remove the American’s foot from his neck. Although he tried to get free, Primus forcefully held him in the position before he signaled defeat by tapping.

Following the win, Primus called for a trilogy bout with Michael Chandler.

In the co-main event, Fabian Edwards underlined that he is most dangerous when you back him into a corner, stopping Falco Neto with a duo of up-kicks and punches after spending much of the fight underneath the Portuguese middleweight.

When Neto gave Edwards some space to strike from bottom just before the fourth-minute of the first round, he unleashed a single up-kick that connected flush. As if he hadn’t learned his lesson the first time, Neto was rattled again when he stepped forward to eat another one, prompting “The Assassin” to get to his feet and drop the axe; landing two devastating punches that sent his foe down.

👊💥@FabianEdwards24 and Falco Neto did NOT disappoint tonight!
Watch their FULL first round NOW!#BellatorBirmingham pic.twitter.com/XQMuVkoCa0

Pedro Carvalho called for a spot in the Bellator featherweight tournament after recording his third win in as many outing under the promotional banner, a first-round finish of established campaigner, Derek Campos.

You wouldn’t have guessed that the Portuguese fighter was called in on short notice based on his performance. He punctured Campos’ body with kicks before opening up with a feast of hooks just before the three-minute mark. After dropping Campos to the canvas with a right hand, he hammered home the victory before the referee stepped in to stop the action.

Raymond Daniels gained parity to his MMA record with a stunning, spinning knockout of Wilker Barros, over a decade on from his first taste of the sport – a submission loss to Jeremian Metcalfe.

Daniels’ dazzling display saw him drop the MMA debutant with a spinning back kick. One Barros got back to his feet, Daniels spun twice before unloading a final right hand that climactically introduced him to the canvas.