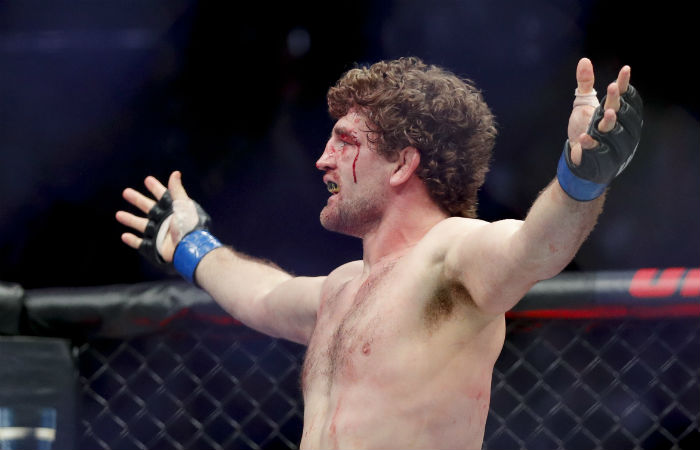 UFC welterweight Ben Askren doesn’t care a lot what people think about him. He always speaks with unique style and this time Colby Covington is his target.

Before Askren and Covington were MMA fighters, both were collegiate wrestlers.

“Colby’s a terrible person,” Askren said. “I’ve been telling the outside world this for many years. I am in the wrestling community. The wrestling community is tight knit. We knows who sucks and doesn’t suck. Here’s the deal. Everywhere Colby’s been, nobody likes him. They don’t like him. No good reviews.”

“We’re now seeing that come out of ATT,” Askren said. “Everyone has been trying to keep quiet, but think about the people that have come out against him: Joanna, Dustin, Jorge. I’m mean, who likes him?

Askren sees this sentiment as true, but he said Covington is still a person of poor character, even when he’s being his genuine non-gimmick self.

At UFC 245 on Dec. 14, Covington will challenge UFC welterweight champion Kamaru Usman. The fight is a tossup in Askren’s mind, but the Roufusport product is slightly leaning towards the champion to get the victory.

“I think they’re actually very, very similar,” Askren said. “Like almost the same fighter. I think Marty (Usman) is a little bit better than Colby is. So I think ‘Marty’ wins. But again, hey, if they both get beat up really bad, I’m not that sad about.”