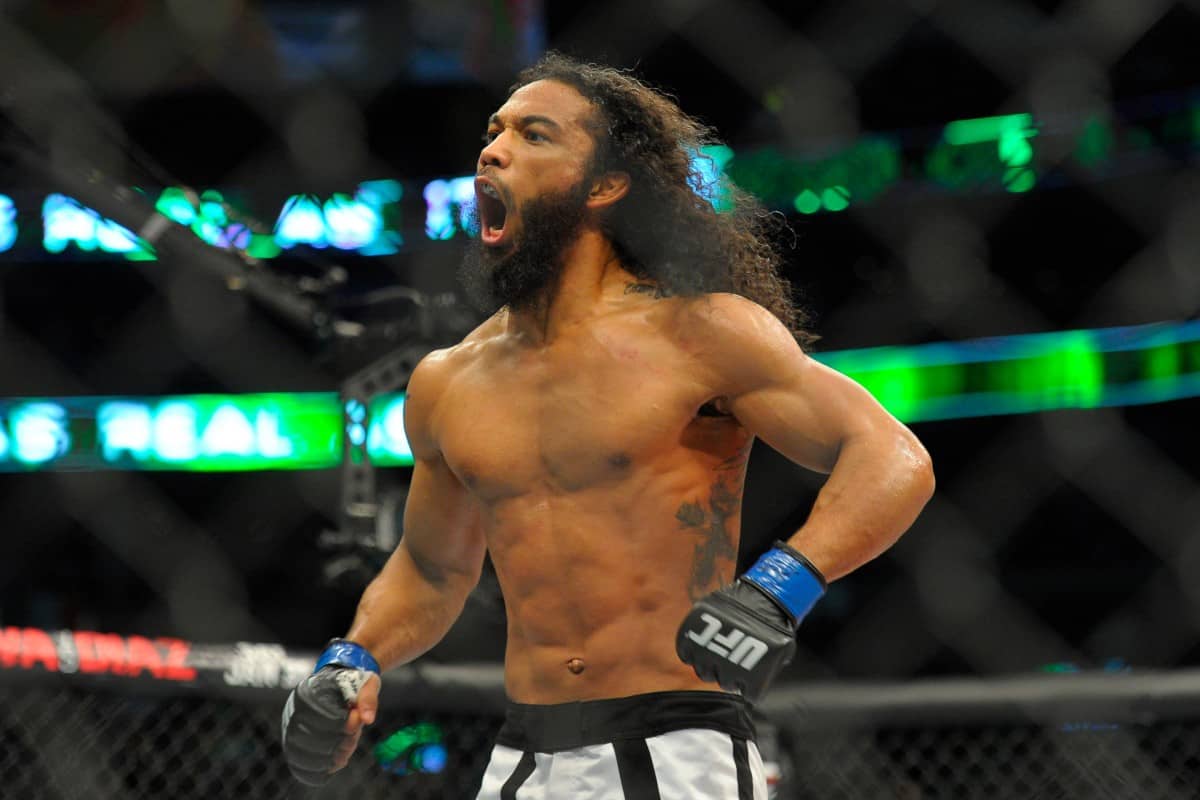 If you’re looking for informed opinion on how the UFC 244 main event between Jorge Masvidal and Nate Diaz might pan out, you’d be hard-pressed to find a better man to talk to than Benson Henderson.

“Bendo” not only is a former UFC and WEC lightweight champion, he’s also shared the octagon with both Masvidal and Diaz. And on top of that, he defeated both of them

Henderson whitewashed Diaz on the scorecards in Seattle in December 2012 when he claimed a landslide unanimous decision win and retained his UFC lightweight title at UFC on FOX 5. Henderson mixed up his game beautifully throughout the contest to earn scores of 50-43, 50-45, 50-45 and won every round on all three scorecards.

It was a much closer matchup when Henderson faced Masvidal three years later in November 2015 in Seoul, South Korea, at UFC Fight Night 79. The pair engaged in a tight, tactical welterweight battle through five super-competitive rounds that left the judges split on the final outcome.

The experience of sharing the cage with both UFC 244 main eventers makes Henderson the ideal man to break down their respective skillsets ahead of the weekend’s big fight at Madison Square Garden.

So when Henderson was in Dublin to take on Myles Jury at Bellator 227 last month, we took time out from talking about Henderson’s Bellator assignment to discuss this weekend’s “BMF” title fight between Masvidal and Diaz, and Henderson said there was one key factor at play that would determine who ends up getting their hand raised.

“I gave the fight edge to Jorge, but that being said, now I’ve had time to think about it and actually process it, I think that matchup-wise, I think it’s a good matchup for Nate’s style,” he told MMA Junkie. “I think Jorge is not going to move as much as he should – he’s just gonna stand there. For Nate to do well, he needs his opponent to just stand there in front of him and let him throw lots of punches. He does well when his punch count is really high. But if you’re not there and he can’t punch at you, his punch count goes down.”

The nature of the “BMF” fight suggests that the two combatants will look to stand in the center of the octagon and throw down, but Henderson – who faces Michael Chandler at Bellator Japan on Dec. 29 – says that if Masvidal fights a little smarter, he has the tools to get the job done.

“I think Jorge will actually kinda stand there more for him because they both like to bang, they’re both gonna throw down – it’s gonna be a crazy fight,” he said. “It’s gonna be a great fight to watch. And if they stand there, I think Nate could do a little bit of a better job. But if Jorge uses his fight IQ, I think he won’t be there.

“He has the skill set – he can do it. But the question is, will he do it? Or will he be like, ‘I’m the baddest mother(expletive). We’re gonna stand here, and we’re gonna throw down.’ They could easily do that. If they do that, I’ll go with Nate. If Jorge uses his fight IQ, he has the skill set to beat Nate if he chooses to do so.”