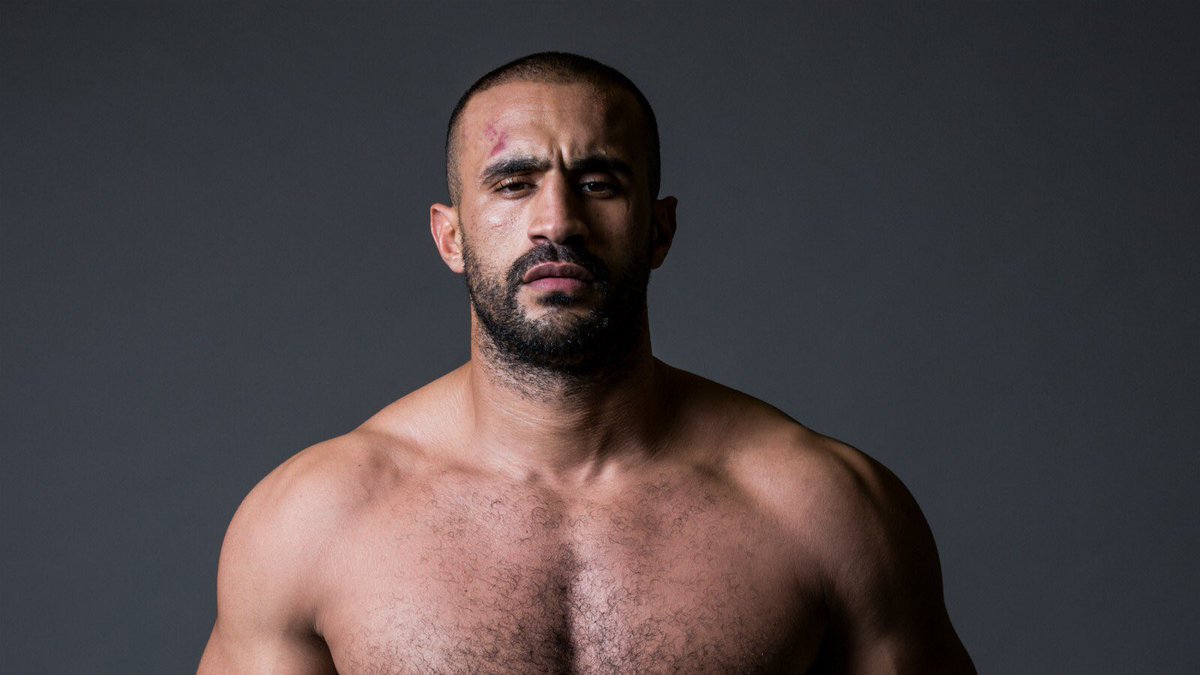 There was a classic back-and-forth heavyweight battle between two of the best fighters in kickboxing at Glory 76. Benjamin Adegbuyi was able to overcome a knockdown in Round 2 to come back and drop Badr Hari twice in Round 3 to be victorious.

Badr Hari was up on all three judges scorecards going into round 3. Two judges gave Hari the first round in which it could have easily been a sweep for Adegbuyi. Hari bounced back in Round 2, when he dropped Adegbuyi and then landed a flurry of shots that appeared to have “Benny” hurt badly. Adegbuyi was able to survive the round just barely.

Round 3 was all Benjamin Adegbuyi. He landed a right hook on Hari that led him to hold and attempt a single leg takedown in desperation. The referee started the count and Hari was able to regroup only to be hit with a left body kick. Hari turned away into the corner and went down for the second time in the round. This time, Hari did not answer the count.

As blood dripped down heavily from both of Hari’s nostrils, Adegbuyi celebrated his biggest victory of his career. Adegbuyi is now seemingly in line to fight the winner of Glory 77’s main event. Rico Verhoeven is set to defend his championship on January 30 against Jamal Ben Saddik.

In his post-fight interview, Adegbuyi wasn’t clamoring for the opportunity in the moment. He stated he wanted to just enjoy his victory. It should be noted that he is also main training partners with Verhoeven.

What’s Next For Hari?

It’s unclear at the moment how severe the injuries are in which Hari sustained in the 3rd round. It appeared that his nose was broken, but the commentary team speculated Hari was injured as he went down to end the fight. Badr Hari is a legend of the sport and has had an historic career. If he chooses to continue competing, there are a plethora of options on the Glory roster. Do not expect Glory 76 to be the way Hari goes out. For the rest of Glory 76’s results check it out here.