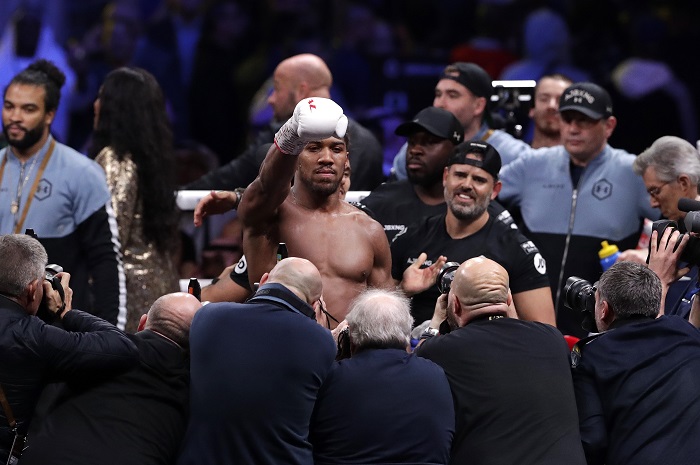 Heavyweight champions Tyson Fury and Anthony Joshua have reportedly agreed to fight for all the marbles next year — barring any major setbacks, of course — and if the fight happens retired champion Bernard Hopkins says he’s picking Joshua to win by knockout.

“Joshua vs Fury is a fight that both guys could win or lose. I like Joshua to be tested, to get his feelings hurt early – that might be a knock-down but he will get up. Because of the lesson that he learned being, not unprepared, but overconfident he paid a big price. He redeemed himself. Now that is in his memory – what not to do ever again – Joshua beats Fury by knockout late.”

Hopkins continues by saying that he expects the first half of the fight to be a nip-and-tuck affair, but in the back half he thinks Joshua’s athleticism and boxing IQ will overwhelm Fury. That’s a pretty interesting take, to say the least, as most people would consider Tyson Fury to have better boxing brain of the two.

Before all that can happen though, Fury will have to beat Deontay Wilder in a third meeting while Joshua has to defend his belts against mandatory challenger Kubrat Pulev