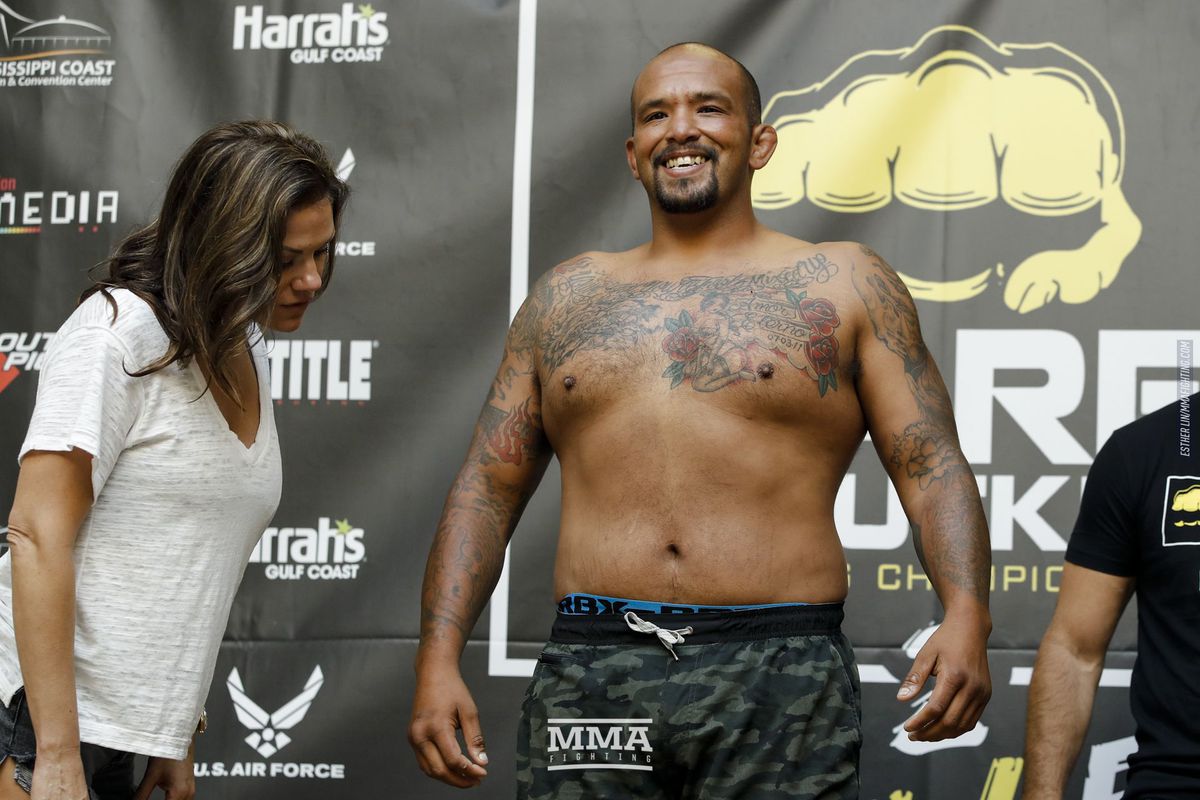 Joey Beltran became the first man to successfully defend the BKFC heavyweight title, knocking out Marcel Stamps in the fourth round of their BKFC 13 main event tonight in Kansas.

Beltran, 38, is now 4-1-1 (3 KO) in bare knuckle, and had to dig down to get this one. Stamps, a 35-year-old former University of Alabama linebacker, had advantages in reach and athleticism, and he showed that off in the first couple of rounds especially.

But Beltran, who is also 18-15 in MMA and has fought in both UFC and Bellator, was just relentless and fearless, and he started finding Stamps some in the third round. The open scoring in Kansas revealed that Stamps was up 29-28, 30-27, and 30-27 after three, but the tide was turning, and Beltran knew it.

The fourth round was a bit of a mess. Beltran was connecting with shots, and then Stamps went down to the canvas claiming he was hit in the back of the head or neck, which replays didn’t seem to show. Once action resumed, Beltran jumped on him and dropped him, and Stamps took quite a while to tell the referee he actually wanted to keep going; he was obviously out of fuel at that point, and kept falling over out of fatigue, the drops ruled slips by the referee. But Beltran put him down again, and that time Stamps took the full 10-count.

Asked what he wants to do next, Beltran said he’d like a rematch with Arnold Adams, who stopped Beltran in a 2018 bare knuckle fight.

“There’s a few guys that pop up in my mind, but I’lls ay it now, and I’ve said it since I won the title, but there’s only one I wanna fight, and that’s my man Arnold Adams,” he said. “Out of respect, and out of my own ego that there’s a man walking around that thinks he whipped my ass. I want my get-back.”