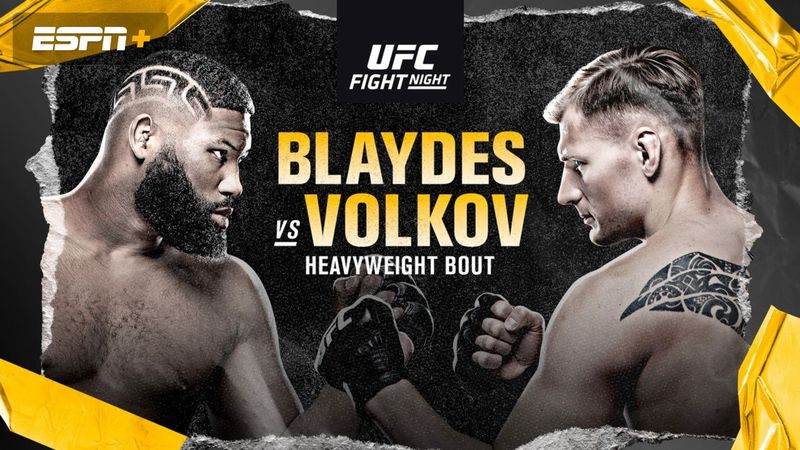 Blaydes got the W via UD, dominating his Russian adversary on the ground and now he has won 4 in a row.

The American showcased brilliant wrestling skills right from the get-go, taking him down in the opening 10 seconds and dominating Rounds 1,2,3 and 4. Volkov landed his own takedown late in the fourth and nailed Blaydes with a few strikes early in the fifth, but Blaydes pushed through and won by bending the fight to his clear strengths on the ground.

Blaydes and Francis Ngannou are the most likely contenders to get the next shot at the UFC heavyweight title after champion Stipe Miocic completes his trilogy with former two-belt champ Daniel Cormier at UFC 252 on Aug. 15.

Emmett gets the win. Good decision.