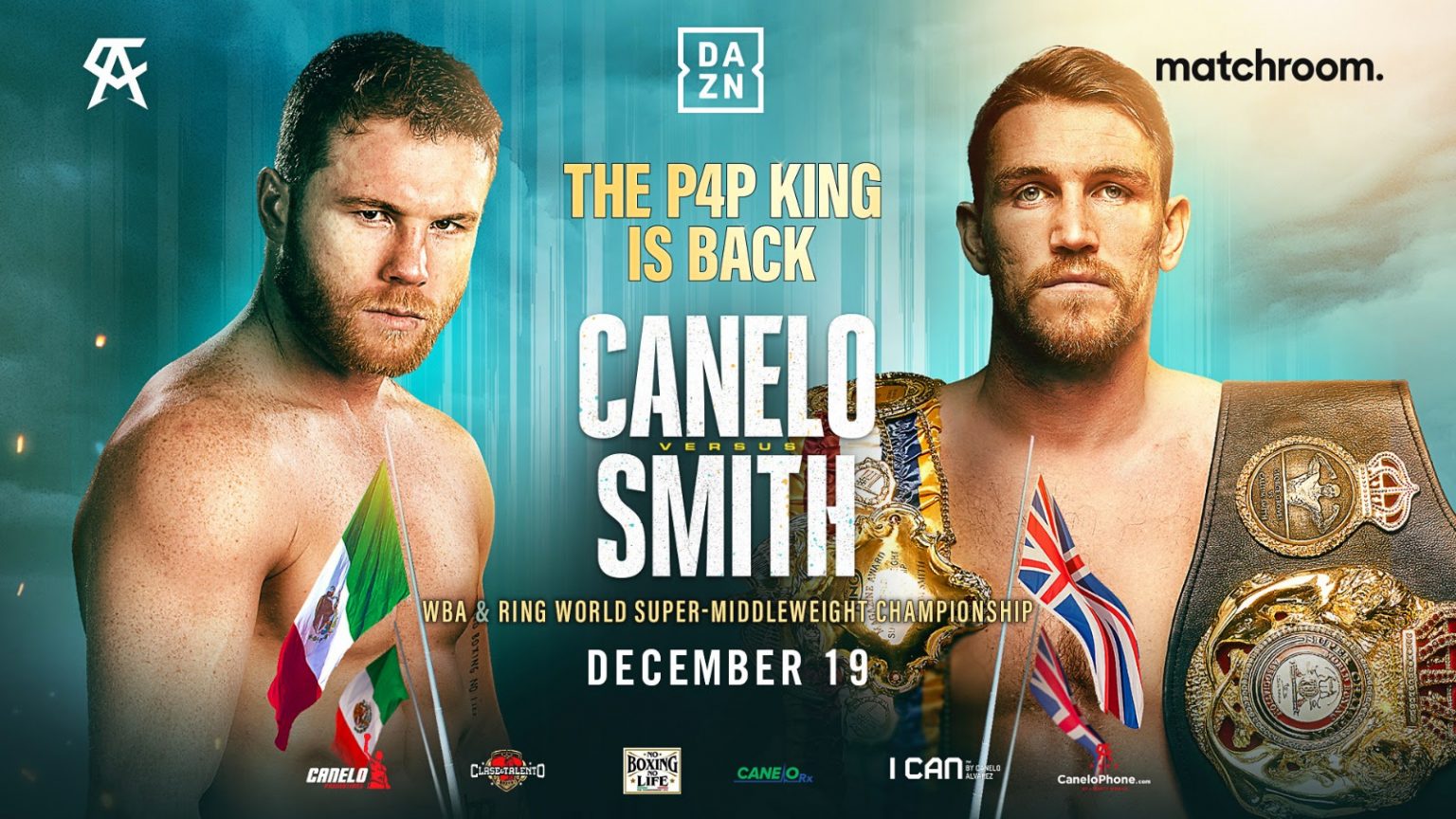 Canelo Alvarez and Callum Smith are set for their Saturday night (Dec. 19, 8 pm ET) main event on DAZN, with both fighters weighing in at the 168-pound limit.

Smith (27-0, 19 KO) will be defending the WBA super middleweight title, and the vacant WBC belt will also be at stake. Canelo (53-1-2, 36 KO) is the favorite in the fight, but it’s no secret that Smith is the naturally larger man by quite a bit, which you can see in the face off from today:

“It’s been very difficult for me to not be in the ring, but we’re here now, and it’s just a day away, this is a good feeling,” Canelo said through a translator. “(Smith) is No. 1 in the division and (trainer) Eddy (Reynoso) and I want to unify all the titles at 168. Callum Smith is very good at what he does.”

“These are the fights I want to be involved in. My goal has always been to unify the division. It’s a fight against a superstar name and a chance to unify the division,” Smith said. “I’ve got to fight to my strengths. We’ve got good tactics, and I know the fight’s not going to be at my distance for the full 12 rounds. Canelo’s shown he can fight going forwards, going backwards, and I’ve shown I can do that, as well. It’s two really good fighters.”

“I’ve just got to do what I do, try to be the better fighter, which I believe I am,” Smith continued. “The best version of me beats him. I can’t worry too much about what he does. We’re aware of what he’s good at, but first and foremost, it’s about making him deal with me and worry about my style.”

Callum says he’s not necessarily seeking revenge for Canelo beating his brother Liam back in 2016, but did say Liam has been a big help in preparation, having shared the right with Alvarez.

“He’s been great in this camp. Little things you see up close he tries to set you up for, Liam feels I can capitalize on,” Callum said. “He’s been a great asset in this camp, a good person to pick his brains, someone who’s been there.”