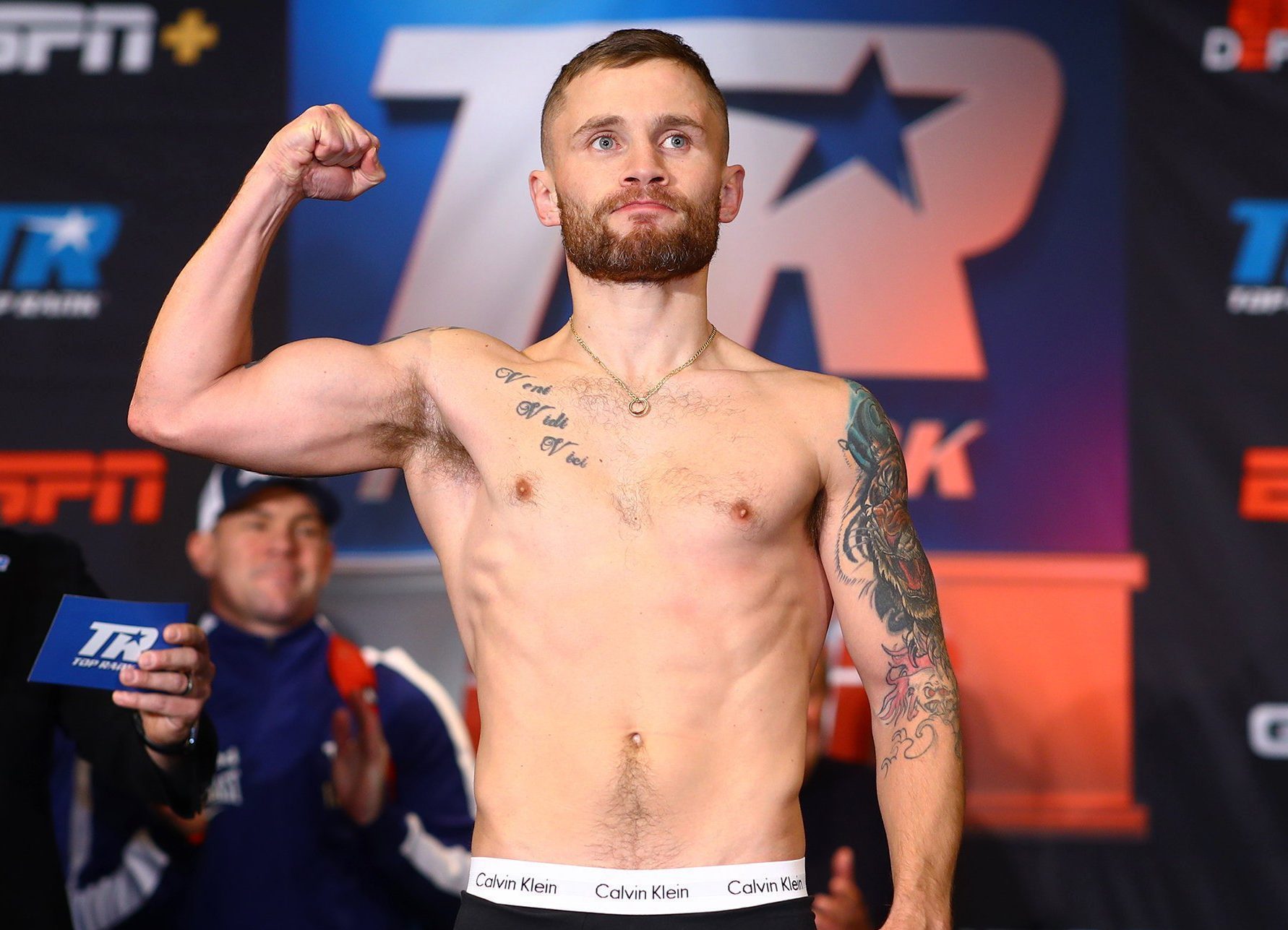 Carl Frampton needs a new opponent for his August 15th return to the ring after Latvia’s Vahram Vardanyan withdrew due to visa issues. The hunt is on for a replacement; Chris Mannix reports that MTK Global “has had a backup opponent training for the last four weeks” and that the fight “will proceed.”

Irish Boxing claims that Poland’s Kamil Laszczyk (28-0, 10 KO) was approached, but turned the offer down due to a lack of prep time. One potential option, however, is Darren Traynor (16-3, 7 KO). whose team has confirmed that their charge is available. Vardanyan was woefully outclassed on paper by Frampton and Traynor might be even worse, being BoxRec’s No. 314 lightweight. He’s faced both Ryan Walsh and James Tennyson as a pro, lasting less than eight cumulative rounds.

At this point, though, Frampton will probably take whoever he can get. He’s been tragically unlucky the past couple years; a freak accident in a hotel lobby scrapped an August 2019 return, he damaged both hands in his December victory over Tyler McCreary, and the coronavirus has delayed a planned Belfast title shot against Jamel Herring indefinitely.

The August 15th show, which airs on ESPN+, also features Michael Conlan in a nothing fight with former title challenger Sofiane Takoucht.