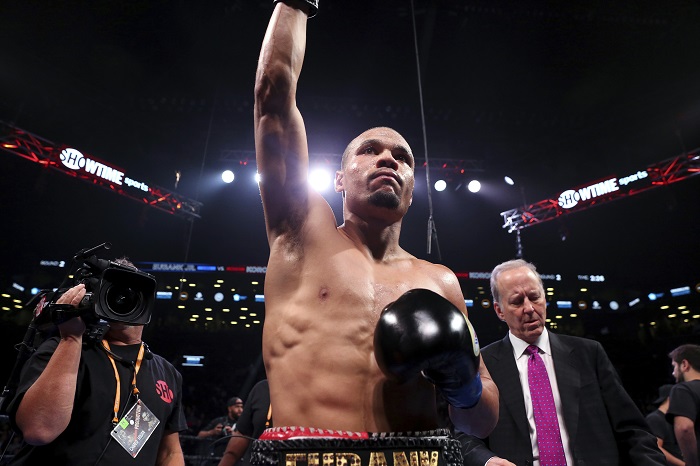 Chris Eubank Jr scored four knockdowns against Liam Williams in Cardiff, but the number of knockdowns and the official judges’ scores may make his win seem a bit more dominant than it really was.

Judges had the fight 116-108, 116-109, and 117-109 for Eubank, which are all fair enough cards, but after a tremendously fast start that probably saw him up seven points after four rounds, Eubank did allow Williams to claw back into the bout, though the outcome should not be debated.

Eubank (32-2, 23 KO) scored knockdowns in the first, second, and fourth rounds, giving him an enormous early lead, and putting Williams (23-4-1, 18 KO) into a pretty desperate position.

But while Eubank used a relaxed attitude and consistently baited Williams into mistakes that saw the home fighter end up on the canvas in the first four rounds, he arguably went a bit too relaxed after that. Bad Left Hook wound up scoring the fight 114-110 for Eubank, who scored another, more debatable knockdown in round 11, but the win is the win, and Eubank absolutely deserved it. As much as you might have nicked a good amount of rounds Williams’ way, and we did, most of them weren’t clearly his, and the judges reflected that attitude more than our unofficial card does.

“You saw the fight — headbutts, headlocks, all types of crazy stuff, I’m surprised he didn’t get disqualified. But I took it like a man and I punished him like I said I was going to do. Fun night.”

On his style for the night, Eubank said, “People always tell me I can’t box. Apparently all I can do is come forward, and I have no jab. So I thought, ‘You know what, let me show some of these critics a different side to Eubank Jr, with a little bit of Roy Jones Jr sauce added to it.’ See something different, get the fans excited.”

Eubank also stressed — and this was backed up by his relaxed performance in the ring — that he never felt Williams was “clawing back into it.”

“There was no danger. If I’d stepped on the gas at any point in that fight, he would have been gone. But he needed to be taught a lesson,” he said again. “I didn’t want to give him the easy way out. I wanted to let him know there’s levels to the game, and don’t go out there being a big mouth against guys you can get hurt against. He thought he was something he wasn’t.”