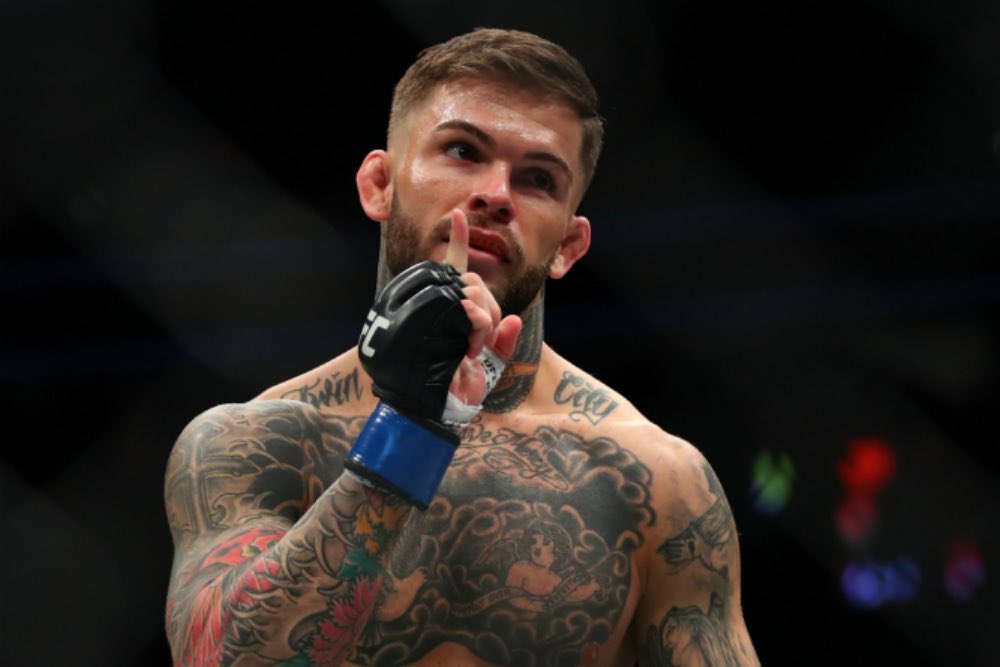 It’s been a rough few months for Cody Garbrandt.

The former UFC bantamweight champion still expects to challenge for the flyweight title in his return.

Garbrandt is still on medication for his blood clots but is hoping to be fully healthy by the first quarter of 2021. In the meantime, Figueiredo (20-1 MMA, 9-1 UFC) is already scheduled for his next title defense against Brandon Moreno in the UFC 256 main event.

“I feel like he’s gonna run over that kid,” Garbrandt told ESPN. “That’s another lamb being brought into the slaughterhouse, and that’s fine. Let him build up that hype, let him build that ‘holy (expletive), this kid is the real deal’ until you bring the real deal into the fight. There will be no backing down with me. I’m excited for the fight.”

Garbrandt is confident that he’ll have no issues cutting down to 125 pounds, revealing that he walks around at 143.

Love the way Cody Garbrandt (@Cody_Nolove) leans forward when he says that last part. He’s clearly rooting for Deiveson Figueiredo in December at this point, and hoping people doubt him next year. pic.twitter.com/XGfB3tbx25

“These guys sit there in front of him, and that’s where he bombs on them,” Garbrandt said. “I move too much. I’m too quick in and out. A lot of these fighters, too, they don’t know how to fight backwards. They’re all like pressure fighters.”

“My game plan will be how I fought Dominick Cruz. Now, he is no Dominick Cruz. He is flat-footed. Dominick moves a lot. He’s very unorthodox, throws punches and kicks at weird-ass angles so you always have to be up, and I’ve corrected a lot of my stuff.”

So through all the ups and downs in his career, Garbrandt, 29, expects his experience and growth to play a major factor against Figueiredo.

“He’s gonna bring out the best in me, and I feel like I’m gonna bring out the best in him,” Garbrandt said. “I just feel like I’m the far superior fighter. I have a bigger fight IQ, I’ve learned from my mistakes. He’s only had one loss; I’ve had three at the top, and there’s just variables. I’ve been five rounds with one of the best fighters in the world to do it. I’ve been in those big grudge matches, I’ve been in those hyped-up fights, and I know how to control my emotions better.”