Colby Covington knows he is inside Usman’s head 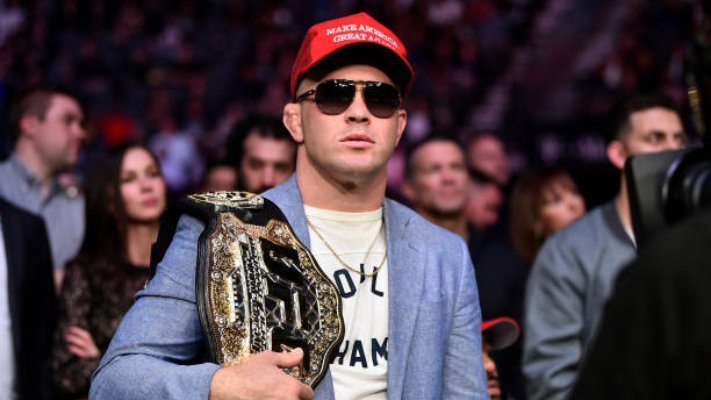 If ever one needed a reminder of how explosive the rivalry is becoming between UFC welterweight champion Kamaru Usman and his next opponent, Colby Covington, look no farther than the scuffle that erupted inside a Las Vegas casino the day after Usman captured his title with a dominant win over Tyron Woodley at UFC 235. Surrounded by patrons at the Palms Casino Resort buffet, the two rivals nearly came to blows, with Usman’s manager Ali Abdelaziz also playing a part in escalating the exchange.

The incident only poured more gasoline onto the flames of a rivalry that has dominated the conversation at the top of the UFC’s welterweight ranks since UFC 235. At this point, the announcement of Usman vs. Covington appears to be a mere formality. UFC president Dana White has already stated that the matchup is next for the 170-pound division. And regardless of where the bout gets slotted on the MMA calendar, Covington knows Usman will be walking into fight night clouded by emotions once the moment arrives.

“I don’t think — I know I’m living rent-free [in Usman’s head],” Covington told MMA Fighting. “Just the reaction I saw of him the day after his fight with Woodley, that showed me everything I need to know. I am in his head and he’s going to fight me emotional and I’m going to knock him out.

Usman has made no secret that his fight against Covington will be a deeply personal one. The two have feuded on and off for more than a year, both on social media and in person. That rivalry escalated even further on UFC 235 fight week, with Covington crashing Usman’s open workout and the two fighters then being separated by security outside the Octagon following Usman’s victory over Woodley. Later that night, at UFC 235’s post-fight press conference, Usman didn’t mince words when asked about the exchange.

He’s the D-2 scrub,” Covington said. “He came from a Division II college. He’s not educated. I went to a Division I school and he doesn’t know his facts, man. He’s stereotyping. He’s trying to say, ‘Oh, all the Asian people in the nail salons,’ and then he was about to say, ‘All the Mexi—uh, I mean, the immigrants that are the workers.’ He doesn’t know what he’s saying. He’s getting all of these lines from Abdel-a-sleaze and he’s just looking stupid. He’s making himself look stupid. He’s struggling to find his identity. He doesn’t know what his identity is now. He’s trying to be this good guy, but then he’s out attacking me at the Palms buffet line in front of kids and pregnant ladies, so how does that make you a good guy?

Theatrics aside, the fight itself presents a fascinating stylistic matchup between two of the best grinders in the welterweight division. Many MMA observers have drawn comparisons between Covington and Usman’s fighting styles, both of which are centered around a combination of constant forward pressure and a steady barrage of takedowns.

But Covington pushes back at the notion that he and Usman are similar fighters — and he intends to prove that point once the time for talk ends and the Octagon door swings shut.

“You’re going to see an amateur versus a professional,” Covington vowed. “A professional in every sense of the word. I’m talking about myself when I say professional. He’s an amateur, he doesn’t know how he’s conducting business. He’s trying to attack me in a Palms buffet line in front of kids when he was trying to give a speech about kids the night before. It just shows how two-faced and hypocritical he is.