Conor McGregor tweeted out his next fight, then deletes the post 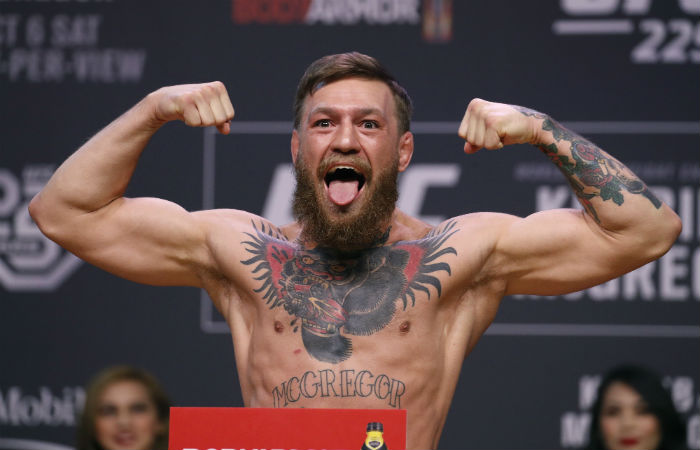 Former two-division UFC champion Conor McGregor has tweeted out his next fight, but the Irish quickly deleted the post several minutes after that.

“The Notorious” (22-4) has been very vocal about the fact that he wants to be as active as possible in 2020, revealing that he sees this calendar year as almost somewhat of a “season”.

McGregor’s intention to fight so often no doubt means that he is constantly scouting new opponents, and he may have found his next one.

Fans were, however, still taken aback on Saturday night when McGregor took to Twitter to seemingly call for a fight with UFC veteran Diego “Nightmare” Sanchez.

Sanchez (30-12) claimed a disqualification victory over Michel Pereira in the co-main event of UFC Rio Rancho this weekend – but was losing the fight handily before Pereira threw an illegal knee strike in the third round which led to the bout being stopped.

The pair have had a long-standing rivalry over the years, but McGregor’s suggestion of a fight with the 38-year-old Sanchez still appeared to be a little tongue-in-cheek. The Albuquerque native has consistently faced calls to retire over the last few years, with many believing that his best days as a fighter are now firmly behind him.

A now-deleted retweet from McGregor, though, could potentially mean that a fight with Sanchez is far closer to reality than some may have first believed.

The UFC last week announced their keenly awaited return to McGregor’s hometown of Dublin, Ireland. An August 15 Fight Night card at the city’s 3 Arena was confirmed by the promotion – but no main event was announced for the show.