Crolla admits his boxing career is “nearly” over 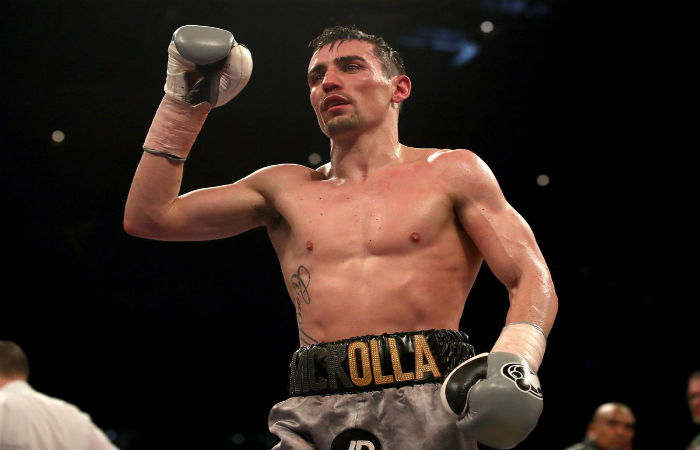 Earlier today the former WBA lightweight champion Anthony Crolla (34-7-3) faced the harsh reality named Vasyl Lomachenko. The Manchester native lost his fight against the WBA “Super” and WBO world lightweight champion via KO and said after the fight that father time has started to catch up with the Brit.

Watch closely and you can see Lomachenko send Crolla to another dimension pic.twitter.com/HwqZrkfA1l

“My pride’s very hurt. A lot of people put a lot of time in for me for this camp and I didn’t go out there and- I don’t know. I lost to a very good fighter and got hit with a shot. It’s a bit hard to take, but he’s very, very good. I felt better than ever, that’s pretty hard to take now because I felt in the shape of my life.

Like I said, there’s a lot of people who put a lot of effort in with me to get the fight. A lot of people came over to support us and I wanted to do them proud. I’m not sure I did tonight.

“But yeah, it’s something I’ll look back on in years and probably be very happy – bringing some over to LA and fighting one of the best fighters on the planet.”

After the bout, Loma came into Anthony Crolla’s dressing room in a classy move to check if everything was OK with the 32-year-old Brit.

“It was a great shot he caught me with,” Crolla continued when asked to describe the finish. I knew, the moment he hit me, it was frustrating because I thought, ‘It’s gonna take more than ten seconds to recover from this.

“It just absolutely scrambled my senses but I knew where I was. I just didn’t see it coming, it was a fantastic shot. The shot that you don’t see coming is the one that puts you out, and that’s what it did. He broke his hand with that shot – he hit me hard enough. He seems a really cool guy. I wish him all the best and hope he goes on to great things, I’m sure he will.

“It’s nearly time, it’s very nearly time. I don’t wanna make no decisions here, I don’t wanna go out like that. I’ll speak to my team, I’ll speak to Eddie. I’ve fought at the highest level, achieved the dream of being a world champion. Got a house out of boxing, made life a little bit easier for my family. It’s hard to take, boxing’s a big part of my life. You can’t stay in boxing too long.

“I will struggle to let it go, but the end is very near.”