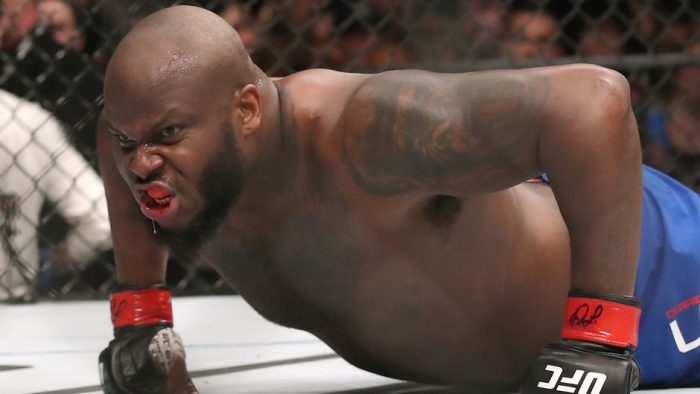 It appears as though, at least for now, Jon Jones is not going to be part of the UFC heavyweight title picture.

Last year, after a contractual dispute with the UFC, Jones decided to finally vacate his light heavyweight title and make his long-awaited move up to the heavyweight ranks. Since then, Jones has been in the gym putting on muscle, ostensibly for a heavyweight title fight with the winner of UFC 260’s title rematch between Stipe Miocic and Francis Ngannou. Ngannou ended up claiming the title that night and immediately talk turned to a superfight between Ngannou and Jones, but equally as quickly the issue of compensation reared its head again.

Following Ngannou’s knockout of Miocic, Jones tweeted “Show me the money” which quickly incited UFC President Dana White’s standard response of “I don’t know if he really wants to fight.” A back-and-forth ensued through the media with Dana White claiming Jones wanted $30 million for the fight and Jones refuting White’s claims. All the while, Jones has continued to keep the feud with Ngannou simmering, perhaps in the hopes that eventually the contractual stuff would be resolved. Well, sadly that doesn’t seem to be the case.

Speaking with TSN on Monday, Dana White confirmed that for the time being at least, the UFC is setting aside Jon Jones and moving forward with the rematch between Ngannou and Derrick Lewis for later this summer.

“We’re working on that fight,” White said. “That fight is going to happen this summer.”

Ngannou and Lewis previously fought at UFC 226 in what is widely regarded as one of the worst fights in modern UFC history. For 15 minutes, the two knockout artists did little more than stare at each other, with Lewis winning a decision by virtue of landing 20 strikes to Ngannou’s 11. Since that lackluster affair though, both men have put together impressive runs, with Ngannou recording five consecutive KO’s and claiming the title while Lewis came up short in a title shot against Daniel Cormier and lost again to Junior dos Santos but is currently on a four-fight win streak in the division.

But though Lewis is tapped to get the first crack at the newly minted champion, Dana White says that doesn’t mean all hope is lost for Jones to eventually fight for heavyweight gold. White says that at some point in the near future, Jones is going to talk to the UFC’s Chief Business Officer Hunter Campbell and that the UFC is always open to making this work with one of the greatest fighters of all time, if they can come to terms.

“Whether Jon has a manager or not, Jon is going to do what Jon wants to do.” White said. “So it’s probably something that Jon Jones needs to work out. I know that him and Hunter have a good relationship. So I think those guys are going to get together soon and talk.

“Listen, you look as the last however many years and people ask me who I think the best ever is and I say Jon Jones. Jon Jones is a massive part of the history of this company. He’s one of the best ever. (No matter) where you stand, whether you think it is him, Anderson (Silva), Khabib (Nurmagomedov), GSP (Georges St-Pierre), wherever you stand on that, he’s one of the best of all-time. Obviously there is still some big fights that can be made with him, and we would love to do it. It’s not like we can’t get something done over here.”

At 33 years old, Jones is widely considered to be one of the best fighters of all-time and near universally considered the greatest light heavyweight ever. He last competed at UFC 247 where he defended his 205-pound title with a contentious decision over Dominick Reyes.