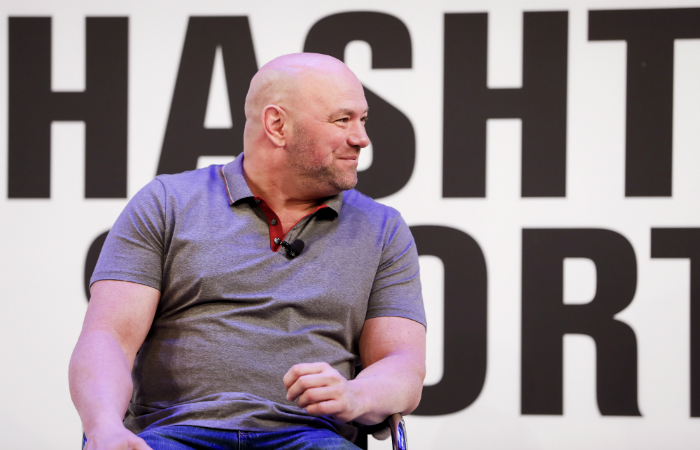 When Rafael Fiziev was forced off UFC 272 after contracting COVID-19, it appeared for a moment that a long-awaited showdown between Islam Makhachev and Rafael dos Anjos might actually happen.

As it turned out, less than 24 hours later, Renato Moicano signed on as Fiziev’s replacement.

UFC President Dana White revealed on Wednesday that he thought a deal was done for Makhachev to take the fight — until he got word that the Dagestani lightweight had declined the opportunity.

“Pretty close – I thought we had it done,” White told Barstool Sports of Makhachev vs. dos Anjos. “When I went to bed one of the nights, I thought it was done. Woke up the next morning and found out they turned it down. Islam [turned it down]. No clue [why].”

According to White, as soon as Fiziev was forced off the card, the UFC matchmakers started looking for potential replacements as a slew of volunteers attempted to land the fight.

Makhachev was among the first people to throw out his name as a possible opponent after previously being matched up with dos Anjos on two separate occasions in 2020 and 2021. He was just days removed from a win over Bobby Green at UFC Vegas 49, which was a fight that came together quickly after Beneil Dariush was forced off the card with a leg injury.

Makhachev even went back and forth with dos Anjos on social media over the proposed matchup. However, White said something must have changed, because he ultimately didn’t take the fight.

“The best fight that we could possibly make would have been him and Islam. RDA and Islam,” White said. “Islam turns down the fight. What’s the best fight you can make? [Renato] Moicano.”

Moicano accepted the fight knowing that he would have to fly nearly 20 hours from his home in Brazil back to the United States while also cutting down to 160 pounds for a five-round catchweight fight. He actually arrived in Las Vegas on Wednesday afternoon, and now he’ll face dos Anjos in the co-main event at UFC 272.

As for Makhachev, despite competing less than a week ago, White still expected him to take the fight with dos Anjos, though obviously it didn’t happen.

While all signs previously pointed towards Makhachev receiving a title shot against the winner of the upcoming bout between lightweight champion Charles Oliveira and Justin Gaethje at UFC 274, it appears he’ll now have more work to do before he becomes the next No. 1 contender for the division.

“Since he turned down this fight, we’re going to remake the Dariush fight. We’ll get that fight going. Dying to see that fight. He gets through Dariush, very interesting.”

On Wednesday afternoon, Makhachev appeared to respond to White’s comments about his place in the division.