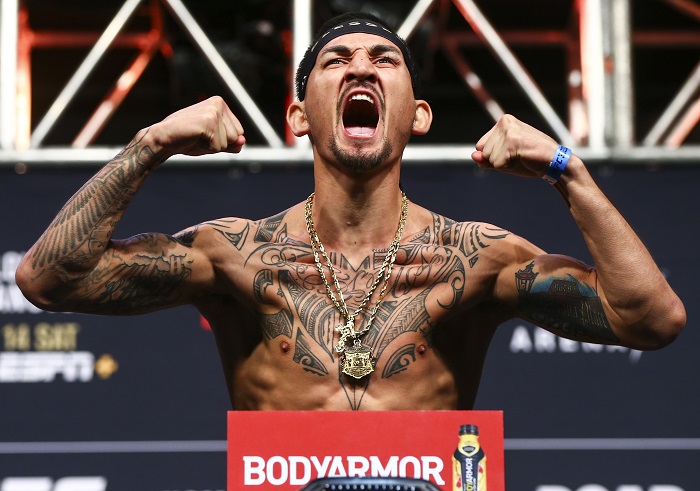 It’s rare for a fighter to earn a third opportunity against an opponent after two prior losses, but Max Holloway isn’t just anybody.

The former featherweight champion engaged in a possible Fight of the Year contender against Yair Rodriguez in the UFC Vegas 42 main event to secure his second straight win since coming up short in his rematch against Alexander Volkanovski last year.

While the record shows Holloway is currently 0-2 in his series with Volkanovski, UFC President Dana White has a hard time seeing any other option after the kind of performance the 29-year-old put on with his latest win on Saturday.

“It’s one of those things,” White said about Holloway getting another title shot when speaking at the UFC Vegas 42 post-fight press conference. “They’re razor-thin [decisions], and he just comes in and puts on a performance like this.

“This is a guy Volkanovski is going to have to just get him out of the way and do it again.”

After going 10 rounds with Holloway already, Volkanovski has earned a pair of wins, but he’s still been stuck fighting against the perception that he got a gift decision in the rematch in his first title defense.

Considering Holloway’s win over Rodriguez, combined with his victory against Calvin Kattar earlier this year, it’s tough to imagine he won’t secure a third fight with Volkanovski at some point in 2022.

For his part, White was blown away by Holloway’s performance while also praising Rodriguez for a job well done, especially after he was competing for the first time in two years.

“It’s one of the best fights I’ve ever seen,” White said. “The fact that Yair was off for two years and comes in and puts on a performance like this, unheard of. It’s incredible.

“Then Max, I didn’t think he was going to make it out of the second round with the calf kicks, and then he after made it to the next round, I’m like he’s probably not going to be able to walk out of the octagon by himself. He’s walking around back there like nothing even happened. He said his leg is fine. It’s unbelievable how tough this guy is.”

Holloway has never been one to call out anybody, though he did briefly mention Volkanovski as a possible opponent in his post-fight speech.

Another name that Holloway talked about frequently during fight week was former two-division UFC champion Conor McGregor after they went back and forth in a series of social media exchanges. McGregor even took a couple of shots at Holloway leading into Saturday’s main event, which only raised interest in a possible rematch that much more after the Irish superstar won their first fight by decision in 2013.

As much as Holloway might want to silence the always outspoken McGregor, White was quick to shut down talk regarding that potential rematch, at least for now.

“I don’t know what’s next for Max,” White said. “It does make sense to see him and Volkanovski again, but we’ll get that figured out. Conor’s not even [ready to fight]. Conor’s still hurt. To even talk about Conor is silly.”