Daniel Getsov marks his SENSHI debut with a monster vitory 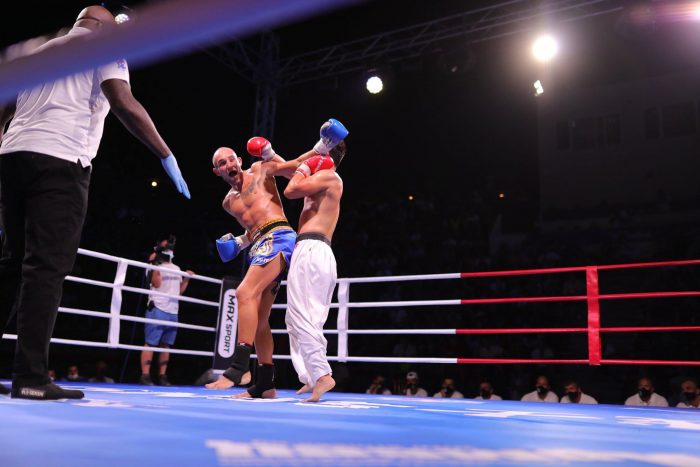 Bulgaria’s Daniel Getsov left no stone unturned and marked his SENSHI debut with a UD victory against Kazakhstan’s Nurlykhan Sadvokassov.

The fight that was conducted under KWU Full Contact rules in the -75 kg category was the opening bout of SENSHI 6 that took place yesterday in Kamchia amid the 14th annual KWU International Summer Camp.

Kickboxing legend and instructor at the KWU International Professional League – Ernesto Hoost, was a special guest referee of the fight. Getsov, fighting out of “Armeec Gym”, landed some ferocious low-kicks in the first round. Both fighters exploited the rules to the maximum, working in the clinch. At the end of the opening round, the Kazakh got knocked down after a brutal low kick.

In the second round, the Bulgarian was looking to attack even more, as he was switching his strikes to the body and the head. Sadvokassov was trying to counter-attack, but Getsov’s technique was on point and every time his opponent stormed to attack him, Daniel kept him away with good combinations.

Sadvokassov managed to land some good shots in the final rounds, but his cardio couldn’t match Getsov’s one and the Bulgarian continued to be the aggressor. Most of the people thought this won’t be going the distance, but the Kazakh showcased his iron chin and wasn’t dropped any more, even though Getsov was dominating and landing punches at will.

Additional info, photos and videos from the fight night you can find at SENSHI`s Facebook and Instagram pages.